Vodafone goes to a whole new world for its latest campaign 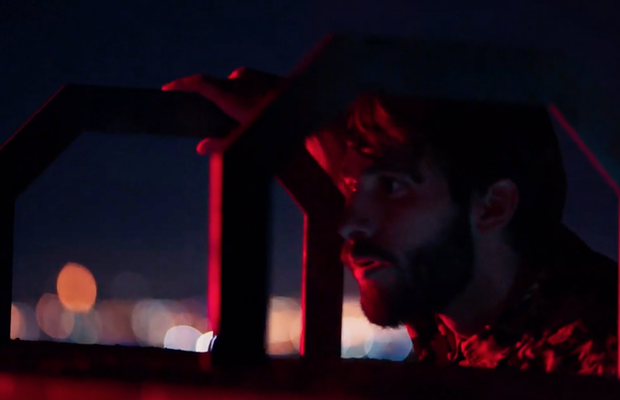 Director Harry Patramanis’ recent shoot for Vodafone took the spot into a whole other world by shooting on film. The CU OPEN campaign he directed was for agency JWT Athens. Harry is represented in the States by CoMPANY Films. The spot can be viewed here.

According to Harry, the idea for shooting on film came early with the Vodafone project. “Most of the story plays after dark and I wanted colorful night scenes with different textures and playful light,” he says. “The whole concept revolves around a young man who is thrown into an adventure and trying to find ‘the girl’ by using her lost phone. In each situation he encounters, he’s open to new experiences. It’s a coming-of-age story where the young man matures overnight. In the morning he finds the girl, hands her the phone, another person’s phone is dropped and they are off on a new adventure.”

The Vodafone agency (JWT Athens) was intrigued with the idea shooting on film because their product is targeted for 18-23 year olds. According to Patramanis, this age tends to be nostalgic, and embrace all things retro. Even so, the director had to promise the agency that he would shoot digital as backup. For this he used the mini Alexa with Leica Cumilux lenses. Even though the agency loved the idea of film, they still had to convince the client that one week’s delay for film processing was worth it.

“I decided to shoot Super 16 because of the superior mobility of the camera,” says Harry. “I wanted textures and wasn’t going particularly for sharpness. We used Kodak Vision 500, pushed 1 stop, so exposure was set at 1000 iso. We did various push tests with the Kodak lab in Romania and the film was holding up tremendously well, even in very dark areas. We shot the spot with an Aaton XT production camera and fast Zeiss lenses.”

After the production wrapped Harry and his team edited the digital material while awaiting for the film. “I had to admit, the Alexa material looked really beautiful, sharp and colorful,” he says. “Seeing the digital results, I was now skeptical of the film as we waited for the footage. When it arrived though everyone was stunned. The film was alive, the colors blending into each other. And the grain! The film created PURE EMOTION, which is what you want in spot work, right? Over time, we have become accustomed to the look created by digital cameras. Sometimes we have to be reminded how well film works too, especially when you want to quickly engage the audience.”