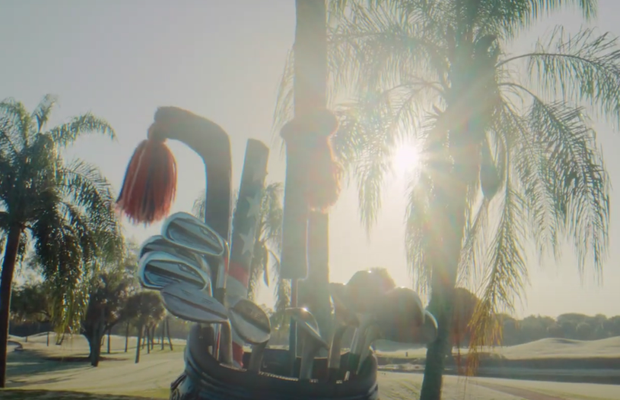 Multidisciplinary creative studio Los York has produced 'Whoop: Journey to the Green', a visually dynamic and pulse-elevating new film for WHOOP, the human performance company. The 30 second spot is the latest heart-pounding instalment in WHOOP’s 'Know Yourself' campaign, which invites the audience to shift their focus inward from the outer world through the power of understanding everything about their well-being via the brand’s 24/7 fitness and health monitor.

Helmed by rising star Jackson Tisi, the spot was filmed in Florida under full COVID shooting protocols. The rhythmic and fast-paced mixed media campaign was a perfect match for Los York’s integrated design and production teams, who executed these diverse and complex elements seamlessly.

Featuring LPGA superstar sisters, Jessica and Nelly Korda, the film follows the duo as they train, practice, and compete – all while monitoring their biometric data. The film highlights the power and effectiveness of WHOOP’s unparalleled real-time feedback for improving performance and health while also featuring footage of PGA champions Rory McIlroy and Justin Thomas.

WHOOP is the Official Fitness Wearable of the PGA Tour and LPGA Tour, as well as the Official Recovery Wearable of the NFL Players’ Association. In addition, as the only product of its kind approved for in-game use by Major League Baseball, it has been adopted by a dozen teams to improve player performance.

Says director Jackson Tisi: “When the Whoop team reached out to collaborate, there was instant inspiration. The Korda sisters were extremely easy to work with and brought a ton to the table. The process was an interesting mix of having specific shots planned and also working with the athletes in the moment to find new shots. They made it easy to shoot and find moments that felt real and personal to them. I think my whole crew would agree that this was a fun one to be a part of.”

Tisi is on his way to becoming one of the great directors of his generation. A master of his craft, whose talent far exceeds his years of experience, he was selected as a member of the Young Guns 18 Class by The One Club for Creativity in 2020 and nominated for the Cannes 2019 Young Director’s Award. Tisi has directed for global brands, including Spotify, MasterCard, PBR, and Fjällräven; he has also collaborated with artists, such as Meek Mill, Lily Aldridge, Pink Sweat$, and surfer Ian Walsh.