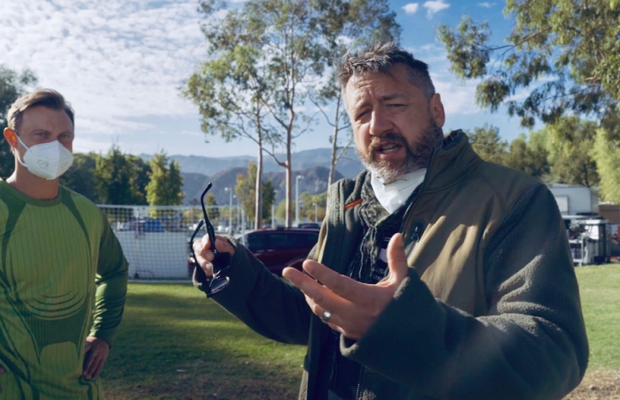 For Jordan Brady, collaborating on the award-winning Pat TV campaign for Phoenix Valley Toyota is like being a part of a family reunion.. if your family was populated by people with a knack for comedy. For 15 years, this family has been coming together to produce spots that have become tiny episodes of a series about a Toyota fanatic and his loving wife and kids. 'Pat' played by the Second City alumni Pat Finn, who viewers know from numerous situation comedies such as 'The Goldbergs', 'The Middle' and as 'Joe Mayo' from 'Seinfeld'.

To honour this longtime collaboration with agency LaneTerralever, Brady brought in a small team to document the process - complete with the behind-the-scenes playful repartee that comes through in each spot. So when Brady calls for a shot involving a “slo-mo, fo-mo combo,” the only appropriate retort from actor Pat Finn is that it is like “splitting an atom.”

Brady says of his agency team: “In addition to Pat, chief creative officer Ian Barry has been with the campaign since day one. He’s the rudder to the creative ship. I am amazed every year how the whole creative team keeps the ideas fresh, without ever straying too far from the original concept.

“Jordan has been shooting our Valley Toyota Dealers campaign for the last 15 years. With an average of eight spots a year that’s like, well, hold on let me get a calculator out! Year after year, spot after spot, Jordan is not just the director, but an extension of our team,” comments Ian Barry, LaneTerralever CCO. "From the moment we share the new round of scripts, to the final edit is complete, Jordan is right there by our side, collaborating on every detail, and helping make the work better. What more can you ask for in a director, except maybe a slightly upgraded swag bag for the chief creative officer!”

This most recent instalment involved eight spots with four spots filmed in a single day. That’s no joke, but clear communication and the relationships built over time were essential to getting all the shots and more.

Watch the behind the scenes to see this special camaraderie at work.