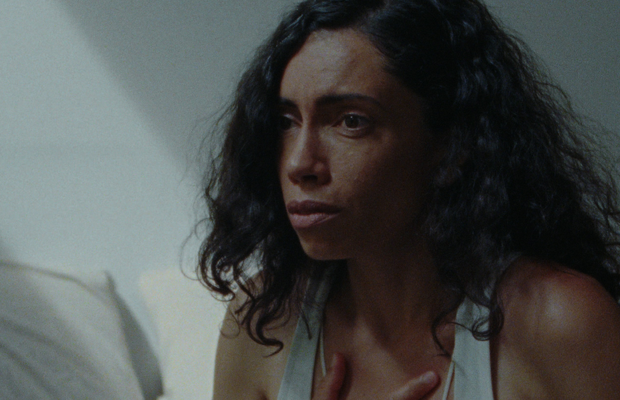 BOLDLY announces the release of ‘Limbic’ a short experimental film that navigates our synchronised connection to one-another. The film premiered on August 11th, 2021.

Limbic examines the phenomena of quantum entanglement. Entanglement occurs when particles become linked together in such a way so that a change in the physical state of one particle will be felt in another... regardless of the space between them.

Through exploring this occurrence, the film – written and directed by Jordan Findlay – considers how we might share a connection with one another in a way that is fundamental to our being yet still only beginning to be understood. Felt often in moments of striking emotion, shared in reverberations that cascade between our souls before finally delivering a solace. The feeling that we aren’t alone.

‘Limbic’ equally explores the intersection of science and spirituality, finding comfort and meaning as the two intertwine. It’s evidenced by palpable moments of heightened emotion coursing throughout each of the characters.

'Limbic' was shot over the course of several years, with footage gathered in Patagonia, Barbados, and Vancouver. Voice overs were captured by talent in countries including Russia, Japan, Italy, and Uganda. Musician 'Perfume Genius' provided the film’s score.

On technique, Jordan, who originates from a background in lighting design, describes one of the setups as fourty lekos in the blackbox studio, each with an iris kit to make the practical beams of light. They were aimed in criss-crossing patterns on the subject to build a swell as the film reaches its emotional peak. The setup took them nearly three days with programming of cues and meticulous focusing to get the balance right.

The film premiered on Boooooooom.tv on August 11th, 2021, which was swiftly followed by a staff pick selection from Vimeo.com. The film subsequently made its appearance on the top 10 list for Berlin Commercial Awards under the experimental category.

Jordan Findlay is a commercial director based in Vancouver, Canada. His storytelling focus is around the act of human connection, consciousness, and highly energised emotion. His technical focus is on the use of film as a medium, the interplay between light and dark, and colour theory. Jordan seeks the beauty in the great outdoors, yet still stays attentive to the most minuscule technical details of a product, a camera, or a piece of  clothing. Jordan taps into authentic human performances, as this is a critical component of his casting process.

Jordan was born and raised in British Columbia and began creating films at a young age. He has worked in the lighting department alongside some of North America’s most highly regarded directors and DP’s on ambitious commercial and narrative projects. Jordan brings a unique mix of intuitive creative ability and technical experience to his work.

BOLDLY is a commercial, music video, and narrative production company based in Canada, with operations in Vancouver and Toronto. They shape and develop rising talent on the commercial market for projects in Canada, the USA, and the UK. Boldly directors have been nominated for UKMVAs, JUNO Awards, Vimeo Best of the Year Awards, and won at YDAs, 1.4 Awards, Kinsale Shark Awards, Shiny Awards, and have had projects selected at Cannes Short Film Corner, TIFF, SXSW, VIFF, Atlanta Film Festival, and Festival du Nouveau Cinéma.