Richard has directed work for clients such as AT&T, Cisco, Duralast, Mercedes, Nvidia and Orkin 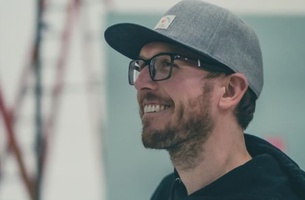 Lucky 21 has added Richard Krause to its directing roster. Krause is an award-winning director of commercials, music videos, and brand films for such clients as AT&T, Cisco, Duralast, Mercedes, Nvidia, and Orkin.

A longtime admirer of Richard Krause’s work, Lucky 21 EP Brandon Tapp explains: “Richard’s work is elevated, cinematic, and genuinely connects with audiences. Having honed all areas of filmmaking, from concept development to visual effects, he has a global understanding and directs from that perspective. It’s a value that makes him such a strong filmmaker and partner to the other creatives in the process.”

Krause studied film and visual arts at the University of North Texas where he developed a body of work that showcased his eye for visual storytelling. After graduating, Krause directed content for the Dallas Cowboys before moving to the Bay Area in 2007. There, Kause was a freelance director for companies, including Dolby, crafting brand-driven projects that marry striking style and compelling narrative. The ability to infuse high production value in everything he creates has been a hallmark of the filmmaker, whose understanding of visual effects, editing and post, adds depth and dimension to each collaborative endeavour.

Now based in Utah, where Snowboarding and nationwide flights are plentiful, Krause is excited to join forces with Lucky 21 for work in branded content and advertising. He says: “I’ve known of Lucky 21 for many years and have worked with the guys in Sailor Bear (David Lowery, Toby Halbrooks, James M. Johnston) who are part of the Lucky 21 director roster - so it just feels right. Cool people, great work, and a little bit of home.”