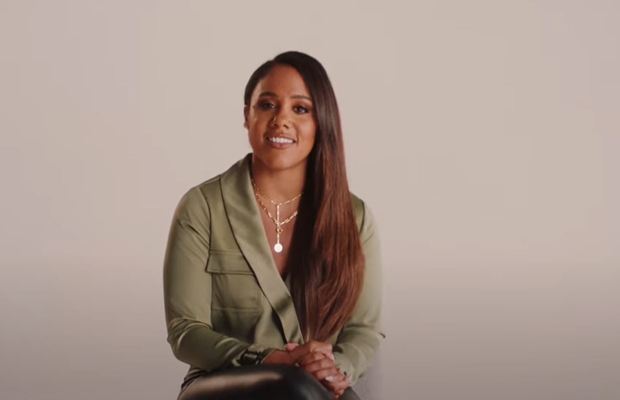 Tasked with recruiting a new ambassador for the brand, which specialises in drug-free gels that relieve the pain associated with joint wear and tear and osteoarthritis, the Dirt & Glory team were quick to identify the 36-year-old, who was diagnosed with osteoarthritis in both ankles during her playing career, as the ideal candidate.

In an emotional seven-minute film, made by Dirt & Glory Media in association with Founder Creative, Alex opens up on her life with the condition, the roots of her positive mentality and her willingness to tackle new challenges head-on; something that has stood her in good stead since she hung up her boots in 2017.

In-demand as a broadcaster since her pundit debut on Sky Sports Super Sunday in 2018, Alex is spending the summer covering Euro 2020 and the Tokyo Olympics for the BBC.

Later in the year, she’ll take up a new role as the host of the broadcaster’s flagship football programme Football Focus and will front ITV’s coverage of Soccer Aid. Courtesy of her success in Channel 4’s Bear Grylls: Mission Survive and performances on the BBC’s Strictly Come Dancing Alex has also crossed over into mainstream entertainment slots. She regularly hosts The One Show on BBC and will front the channel’s new game show The Tournament.

Launching FlexiSEQ’s "Say YES To Life" campaign, Alex said: “Not many people know about the osteoarthritis in my ankles because I’ve refused to let it define me. All the same, I know first-hand the pain and frustration it can cause. By joining forces with FlexiSEQ and telling my arthritis story, I hope to encourage those living with the condition to keep saying yes to living their best life.”

On signing Alex Scott, Biresh Roy, CEO of Ascension Healthcare, said: “We’re thrilled to have Alex join the FlexiSEQ team. Her work ethic and talent is undeniable but it’s her incredible can-do attitude, displayed both on and off the pitch, that we find so inspiring. Whatever your age, living with osteoarthritis isn’t easy but Alex is proof that you can still find a way to do the things you love; she’s the perfect fit for our ‘Say YES To Life’ campaign.”

Nigel Brown, founder of Dirt and Glory Media, added: “When FlexiSEQ told us they wanted to target a younger demographic, we immediately thought of Alex Scott. It’s a real coup for FlexiSEQ to secure her on a two-year contract and we look forward to her broadening the appeal of the brand with her appearances across print, digital and in-store advertising.”

The “Say YES To Life” campaign comes quick on the heels of FlexiSEQ’s recent rebrand, which introduced new product names and packaging to its established userbase, and the launch of a new UK website, also overseen by Dirt & Glory Media.