Dolby & Coca-Cola's Cinema Experience is Sure to Leave You Thirsty 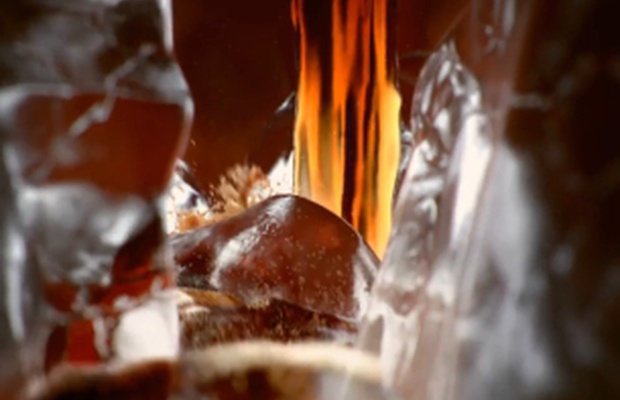 In a year where Coke is celebrating the centennial of its iconic Contour Bottle, the brand highlights another iconic aspect of it’s own: the familiar sound of a freshly poured Coke over ice – using the perfection of Dolby sound to do it justice.

This historic partnership, with the collaboration of J.Walter Thompson Brazil, has created an unforgettable experience: Coke Thirst- A Sound Experience by Dolby, a trailer featuring the distinct sounds that occur every time someone enjoys a Coke – from a Coke being opened to the bubbles being released from the bottle. Because the Dolby trailer always means that the film is just about to start, Coca-Cola is now part of the movie viewing experience.

Like the iconic Contour, a global symbol for the brand, the sound of a bottle of Coke being opened is also a strong reference to the beverage. “We couldn’t have had a better partner than Dolby to remember how enjoyable it is to drink Coca-Cola,” says Marcelo Pascoa, IMC Planned Marketing Director, Coca-Cola Brazil.

According to Carlos Watanabe, Dolby’s regional director for Latin America, Dolby Brazil got involved in this project because the proposal was to innovate on the very concept of the trailer and to have sound as a key element since the creative process.

“At Dolby, we always strive to bring the best experience to moviegoers, and it has been very gratifying to see sound play such an important role on the whole process, from the storyboard creation, across the conceptual discussions and all the way to production and finishing” pointed out Watanabe.

“Only an iconic brand like Coca-Cola can turn the act of opening a bottle into an amazing sensory experience”, observes Ricardo John, J Walter Thompson’s Chief Creative Officer. “With that in mind, our goal was to bring this sensation to the extreme. To achieve that, we could only rely on the sound quality of a brand like Dolby”, he concludes.

The Coca-Cola/Dolby trailer will be launched in more than half of Brazil’s movie theaters.