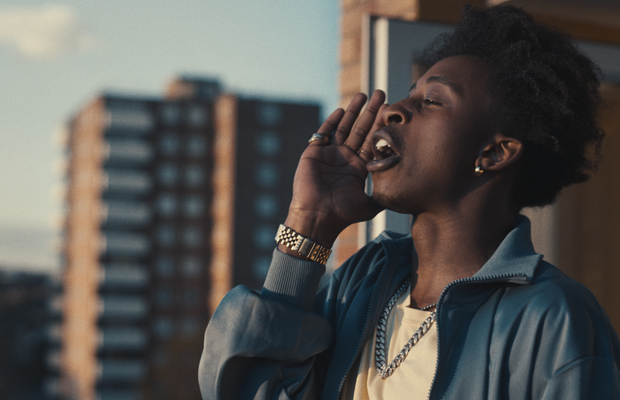 As consumers' appetite for takeaways remains strong, the UK’s favourite pizza company, Domino’s, today launches a bold and attention-grabbing campaign which welcomes the nation back to enjoy the group get togethers they’ve been missing through lockdown. Introducing a Group Ordering app feature, the integrated multi-million pound campaign aims to re-engage customers, encouraging the nation to connect with friends, family and colleagues through a shared love of the country’s best-loved pizza.

DOMIN-OH-HOO-HOO will supercharge the Domino’s brand through a new bold and audio first campaign. Steering away from the earnest well-trodden reunions territory, Domino’s has created a fun, unexpected way to capture the attention of the nation - yodelling for pizza.

DOMIN-OH-HOO-HOO is the third chapter in the new brand platform ‘We Got This’ following on from ‘Frazzled Dad’ and ‘Concrete Claire’ positioning Domino’s as the Nation’s go to for get-togethers. The campaign continues to place Domino’s front of mind to land this new app function, allowing people to add to a group order from wherever they are, ready for when they get together. Building upon their reputation as the ultimate reliable, crowd pleasing and great value pizza brand.

The hero film depicts a hilarious portrayal of the familiar situation of rallying up your friends to order a Domino’s. The opening scene begins with a young man staring dramatically off into the distance. He unexpectedly proceeds to yodel “DOMIN-OH-HOO-HOO”, translated to the words “Domino’s round mine?” It cuts to two of his friends, fixed on a video game, having heard the rallying call and responding that they would both in fact love a pizza, of the Pepperoni Passion variation. The final yodeller, a mechanic in the middle of a shift at his garage, declares an extensive list of demands in a similar yodelling fashion, from the specific size, base type to choice of toppings and sides. The young man’s face expresses a look that suggests that this isn’t his first rodeo, he prompts the mechanic to say “please”, to which he obliges. The final scene shows all four friends looking extremely content and tucking into their Dominos feast.

The lead creatives on the campaign were Daniel Glover-James, Elias Torres and David Masterman, and the film was directed by celebrated Somesuch’s director, Sam Hibbard. A Yodelling expert and teacher from Germany coached the actors on their performances ensuring they hit all the right notes.

Sarah Barron, chief marketing officer at Domino’s said: “As the nation recovers from the pandemic, we wanted to encourage families and friends to reconnect and enjoy a Domino’s together! What better way to get people's attention than to yodel it from the rooftops (or your flat window).”

David Masterman, creative director at VCCP added: “How to cut through in a world where everyone is talking about reunions? We yodel. Domino’s has always brought people together, but after the year we've all been through, it means so much more. At long last, it's time to put out the call.” 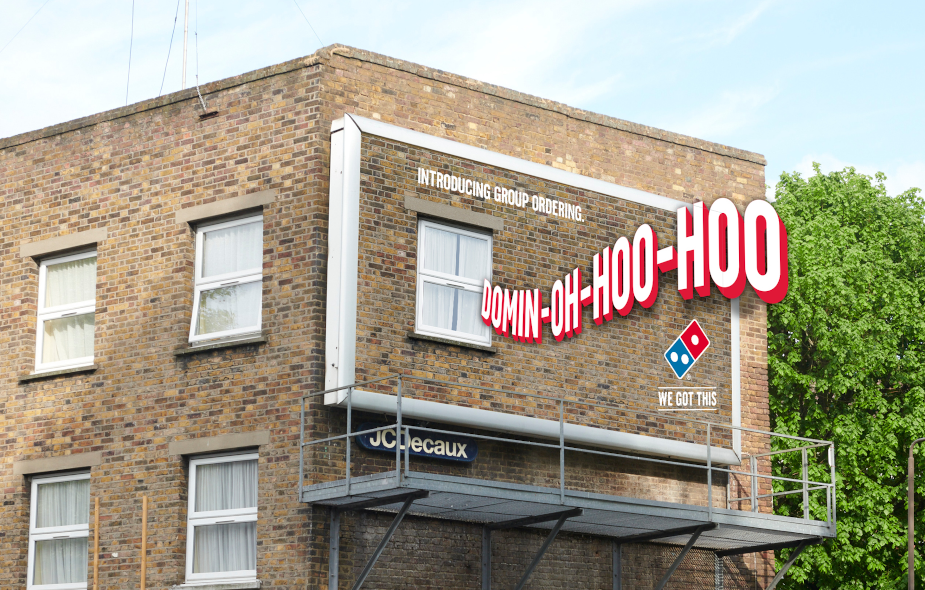 Created by VCCP, the fully integrated campaign will run for a period of six months in the UK and Republic of Ireland and will roll out across multiple formats. The hero spot will run on TV and digital video, with cut downs on YouTube and Domino’s social media channels. The campaign will include Radio, DOOH, Digital Skins and OOH special builds. A PR campaign will accompany the media strategy, developed and executed by One Green Bean.

In partnership with Havas Media, VCCP has utilised a range of innovative media executions to ensure the campaign has multiple consumer touch points and maximum awareness and impact. Three OOH special builds will grab the attention of passersby across the UK. Two murals were commissioned by local artists, Gent48 from Birmingham and Marcus Method from Sheffield. Both artists were given creative license to interpret the DOMIN-OH-HOO-HOO into their work which will feature on the side of buildings within their respective cities. A house extension has been created out of a 48-sheet poster at Westminster Bridge which features a yodel directly coming out the window. The final execution is a building wrap in Manchester. A radio advert will feature our yodelling expert teaching the public how to yodel the DOMIN-OH-HOO-HOO. A series of blipverts of five seconds each will feature our yodellers to disrupt the ad break, this will be accompanied by the master TV spot.

Taking its message to social media, the campaign hashtag #DominOhHooHoo will encourage people to yodel online and join a community of fellow yodellers. A super innovative Snapchat lense will enable consumers to put their own yodelling to the test.