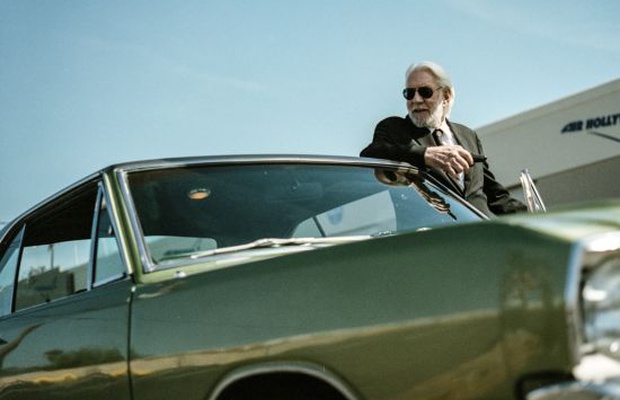 ‘Point and Shoot’ – a short comedy film that makes light of actors and their process, is hitting the Raindance Film Festival in London this week having premiered in the USA last night.
Created by Bang TV director Thomas Leisten Schneider, the film is a funny examination into the artistic process of method acting, in the context of a clichéd gangster-style script.
“I had decided to do a short film,” explains Schneider, “and I’ve wanted to do a film about stupid gangsters for a while. So I thought that it would be funny to mix that with actors rehearsing for a gangster film, to create a kind of twisted storyline.”
Produced in conjunction with Bang TV and Kiss&Kill’s Simon Walton, the film is stylistically similar to Schneider’s series of films for Lone Wolfs, which saw him win Best New Director at LIA 2015, win gold for branded content at Kinsale Sharks and be shortlisted for a Young Director Award at Cannes Lions.
Taking only a day to shoot in Los Angeles by DP Steeven Petitteville, the whole project was kept to a minimal team, with only a crew of twenty. “I love working with the guys from Bang TV,” says Schneider, “and they were really hands on in the production. They made this project a reality both from the production and financing standpoint. We couldn’t have done it without them.”
“Thomas is an extraordinary talent. His dialogue is uber-cool and his performances draw you in. It’s like Tarantino at his best,” says Bang TV managing director Jeremy McWilliams. “We saw this project in its earliest stage and we all instantly said we wanted in. Sutherland delivers everything we could ever hope for.”
The film, which was co-written by one of its starring actors, Caleb Scott, also stars Lucas Near Verbrugghe, and Hollywood legend Donald Sutherland.
“I’ve known Donald as a friend for a while now,” adds Schneider. “I would see him growing up and when I started to do theatre I would listen to his advice. I had always wanted to do a project with him but I didn’t feel ready for it until this came along – it was all about the right fit. I told him I had the script and wanted to know what he thought of it, so he said “send it over” and luckily he told me that he really liked it. Once we started talking he saw where we wanted the film to go and he was like “let’s do it”.”
The film launched yesterday and will premiere at the Raindance Film Festival which runs from 21st September to 2nd October 2016 in London. It will then be shown at the Savannah film festival (US), Aesthetica short film festival (UK), and the Miami short film festival (US).
Point and Shoot will also be screened at Kinsale Sharks on 22nd September and has already been nominated for a number of awards at the festival. The film has been shortlisted in the Best International Director, Best International Writing/Idea, Best Cinematography and Best Acting Performance categories.