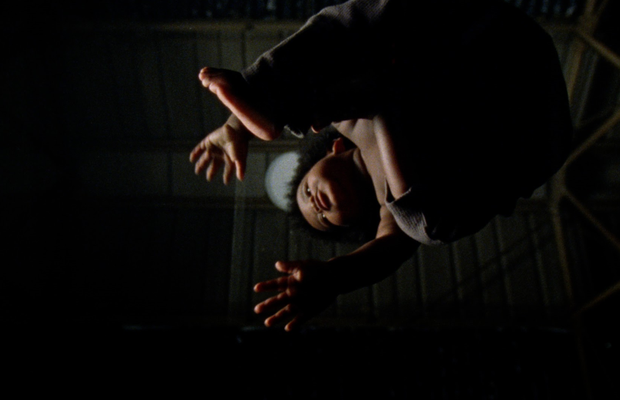 Filmmaker Fenn O’Meally’s latest film 'Mine, Mind' is an imaginative evocation and cinematic rendering of the 'young mind' and the 'old mind.' Starring drummer Femi Koleoso, the film is structured around a conversation he and Fenn had about the innocence, joyousness and intuition of the child’s mind and protecting that sense of wonder in the creative process. The film itself is a representation of director Fenn O’Meally tapping back into the playfulness of youth, inspired by Femi’s words, to create something emotional and intuitive while also bringing the acquired knowledge and experiences of life to bear. The short is nuanced and, intentional, stylised and considered and simultaneously embodies the free-form spirit reflective of the conversation that serves as the backbone to the piece and Femi’s (and Fenn’s) creative process.

The film was part of Louis Vuitton’s '200 Visionaries' series commemorating Louis Vuitton’s 200th birthday, celebrating the man, his inventive spirit and ongoing legacy. The fashion house invited 200 visionaries spanning the fields of art to sciences across the world, Fenn O’Meally included, to express their creativity in the Louis Vuitton windows.  Other artists include Drake and Gloria Steinem, as well as LVMH designers like Marc Jacobs and Kim Jones.

'Mine, Mind' was released online for the brand’s 200th birthday and will be on loop in all Louis Vuitton stores internationally starting September 23rd.

“I wanted to question the practice of creating and how the human mind attaches ideas, rules, regulations and outside influences to creativity as it develops from its infancy. I wanted to illustrate how essential immersive play is to the integrity of creating and how we have so much to learn the minds of children and their beautiful way of simply “making things” out of curiosity and an internal desire to play, rather than a need to craft for reward and swayed by outside influences. It’s really what connected me to this project so much in the first place, how do we truly innovate like the great Vuitton did? How do we create something so timeless? Working with Femi on this was a dream because we’d always wanted to work together on something special and I have so much respect for the way his mind ticks and his unconditional love for just simply playing. It’s how we first met and definitely how we bonded through a mutual attachment to integrity and play in our worlds. I was also really lucky to come across baby Noah and his mother Emmy in the park two weeks before the shoot - I had to stop and ask them to be a part of my little world. This piece is about reminding you to connect with that inner child, explore, be curious, mess up and of course remember to PLAY.” - Fenn O’Meally