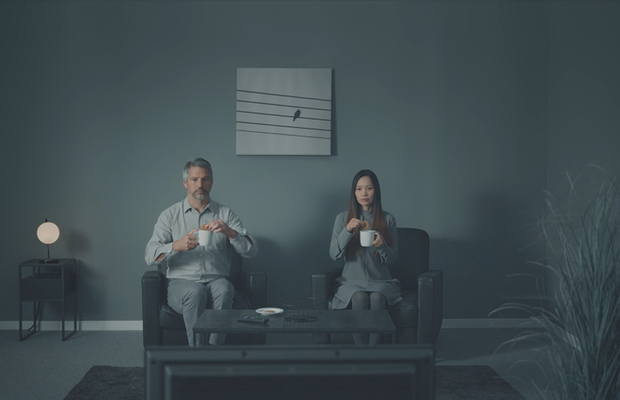 Homewares retailer Dunelm will reveal its Autumn advertising campaign on Friday, 15th October with a 60 second TV ad which will launch across ITV over the weekend.

‘Dun Your Way’, developed with newly appointed ad agency Creature, aims to empower Dunelm’s customers to defy expectation when it comes to creating and styling a home.

Directed by Stephen Pipe, the ad opens in a dystopian, washed-out street of sameness. The monotony is punctured by one defiant and confident Dunelm customer who arrives home with their new haul of purchases, setting off a chain reaction with neighbours who are inspired to start their own transformations.

Set to iconic track Do Your Thing by Basement Jaxx, the campaign sets a confident and vibrant attitude for Dunelm which will be implemented cross-channel on radio, social, in-store, digital and online.

David Murdin, who led development of the campaign for Dunelm, said: “The launch of 'Dun Your Way' gives us an ownable brand and communications platform as well as a lively, bold tone of voice, which we hope will empower our customers to create a home which brings them joy, done their way and no one else’s.

“We’ll be encouraging both our colleagues and customers to share ‘their way’ with us over the next few months, showing us the Dunelm products they love and how they’ve done things their way when decorating and styling their homes.”

Ben Middleton, chief creative officer at Creature, said: “"The launch of the Dun Your Way campaign is a big, bold, liberating leap forward, designed to inspire and delight the interior tastes of the masses and our mums. Making this work with the highly ambitious, ferociously smart team at Dunelm has been a ton of fun and now we are excitedly waiting to see everything from cushions to curtains changing all over the country."

Media strategy, planning and buying has been handled by media agency Goodstuff, with key spots including The Chase, ITV News, Paul O’Grady’s Saturday Night Line Up and Grantchester.

To create further awareness around the new campaign, creative communications agency Tangerine will be delivering a series of supporting PR and influencer activity.

The Autumn campaign heralding the launch of Dun Your Way will be followed by a Christmas activation, which will further amplify the retailer’s new platform and be an exciting elevation of the brand’s annual Delivering Joy activity.

Flying Electric Cars Are the Stars in Creature's Campaign for Onto