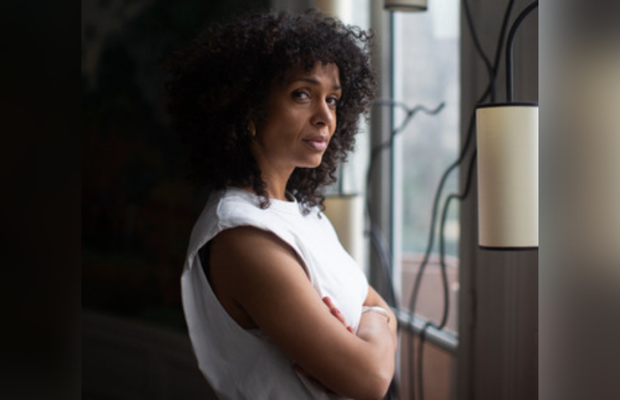 Growing up in a multi-cultural family in Paris, Adriana Legay’s earliest passions of music and dance would form the creative foundations from which she continues to draw inspiration. Influenced by her parents’ love of funk and disco, Legay says she was a true disco girl. “I wanted to be Donna Summer,” she confesses. “I still kinda want that.” In her teens, a love of hip hop would open the door to the art of locking and performing.

A chance meeting at the age of 14 with Jean Baptist Mondino, who was directing a Vanessa Paradis video, confirmed Legay’s desire to work in film. While studying cinematography at ERSA in Paris, she began training on AVID and soon began working as an editor on music videos for artists such as Sean Paul, Major Lazer, and The Blaze.

When editing, Legay feels as if she’s dancing. After selecting a track with a captivating beat for the session, she begins to assemble an intricate visual choreography. “I like to start each day fresh,” she says, “without seeing any storyboards beforehand.” This process allows Legay to discover the story within the takes, as well as any gaps that might exist in the narrative. “When I laugh, I know it’s a good take,” she notes. “I go off of my emotions.” Seductive. Rhythmic. Passionate. With captivating pace and clever transitions, the vibrancy and energy of Legay’s work enthralls and transports viewers from the first frame to the last.

Along the way, she has since built an unsurpassed reputation in the intersecting worlds of high-fashion and beauty, leading to regular engagements with fashion brands including Dior, Givenchy, Yves Saint Laurent, and Dolce & Gabbana. Legay had the opportunity to work with Mondino, her idol, as an on-set editor for a Dolce & Gabbana film featuring Gisele Bündchen. “We were so connected during the shoot because we were working so directly together. The film came to me and I edited it right away, very fast,” Legay recalls. “It was love at first sight for work.”

Her other commercial credits include top advertising campaigns for Apple, Diesel, Heineken, Canal+, Orange, Burger King, and Paco Rabanne. Legay is highly esteemed by A-List directors, having collaborated with Francois Rousselet, Martin Werner, Megaforce, James Gray, Alex Courtes, Simon Levene, Terrence Neale, and Bart Timmer. “As an editor, you are there to make the director comfortable,” she notes.

“I’ve been amazed by the artistry and talent of editors at Final Cut for quite some time now,” says Legay. “I am so honored that they approached me and said they wanted to work with me.”

“We are thrilled to have Adriana join our team,” says Stephanie Apt, Final Cut President. “Her organic and fluid editing style is story-rich, mesmerizing, and uplifting. Adriana’s energy and love for the industry is infectious, and will be a welcomed inspiration for all of us at Final Cut.”

Legay joins other recent additions including editors Antonio Gómez-Pan and Sam Bould, as well as US MD Justin Brukman.

Final Cut is a creative editorial and post-production company collaborating with top directors and agencies on the most prominent commercials, feature films, and music videos. Final Cut has offices in London, New York, and Los Angeles.