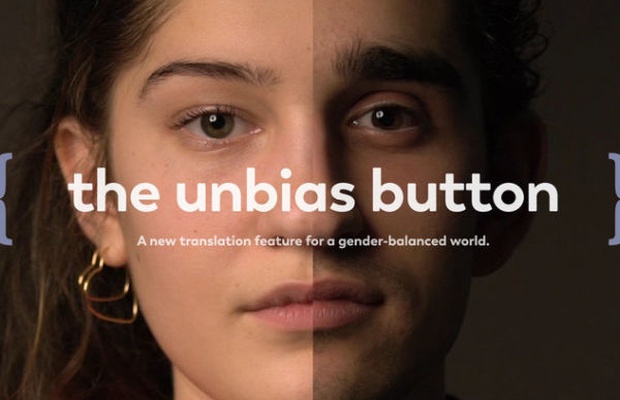 A long line of research shows that the words we use directly affect the way we think. Whether we notice it or not, our language is infused with countless gender-biased words. In a sociolinguistic study it is clearly stated that ‘language appears to play a particularly important role in forming people’s attitudes toward gender and occupation’.

So how does this affect our daily lives? And what is the impact in the workplace?

The effects that gender bias has on language can influence women to be ‘less likely to apply for jobs with masculine suffixes’. The terms cameraman, mailman, fireman and salesman create a biased view on what we, as a society, think are appropriate roles for men and women.

How can we transition to a gender-balanced world, if these biases remain part of our vernacular? ELaN Languages, an independent translation organisation in Belgium, wants to tackle our unconscious bias by updating their online translation tool with a new feature: ‘the unbias button’. The plug-in offers unbiased translations of biased words. Making us aware of our unconscious bias by translating bias words, such as job titles, into gender-neutral words.

Fireman becomes firefighter, mailman becomes mail carrier. And the reverse is also true, with midwife becoming birth assistant. Thus thousands of biased words in the ElaN Languages database receive an unbiased translation into English, when the ‘the unbias button’ is applied.

When you write a line of text in a non-English language - for example, the German word ‘kameramann’ - and translate it into English, you'll see the blue 'unbias button' popping up. Click that to see the unbiased option.

This new feature’s release coincides with International Women’s Day 2019. This year, IWD’s theme is how to strive for a gender-balanced world. #BalanceforBetter is this year’s rallying cry and ElaN’s unbias button is a great way to put this rallying cry into practice

“As a translation, language and communication training partner, we are a strong proponent of gender-neutral language so that all readers can relate to the texts in front of them: men, women, and people who don’t identify with either of these. Our ‘unbias button’ ties in seamlessly with our mission: helping people to understand one another better and thus creating a sense of belonging,” said Robrecht Belien, ElaN Languages CEO.

"We’ve been working with ElaN Languages for a few years now, and they’ve always been at the forefront of what translation means in the lives of people. That importance shines through in this new idea, for which ElaN adapted their online product. A fundamental change, which they felt was urgently needed to help achieve a gender-balanced world," said Bas Korsten, creative partner at J. Walter Thompson Amsterdam.

To inspire change throughout the translation business, ELaN will make this extensive database of gender-neutral words available to the giants of this industry such as Google Translate and iTranslate and Yandex Translate.