electriclimefilms Dubai teamed up with Riot Games to create three films to show games that no matter who they are they can play matches with anyone, anytime and anywhere 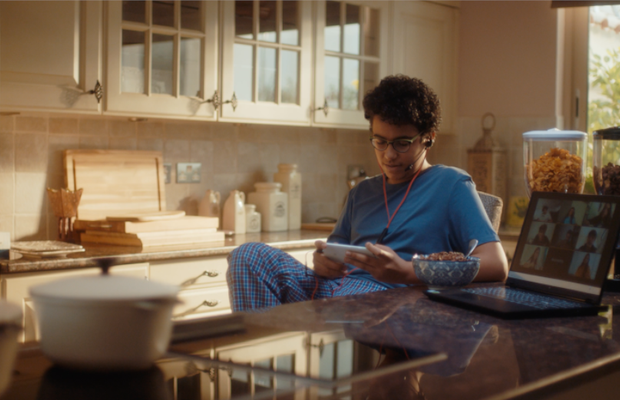 One of the most well-known video game developers, Riot Games, strikes again with three chucklesome films. Produced with electriclimefilms, the comedic commercials introduce the popular mobile version of League of Legends: Wild Rift to the MENA region.

Centred around the brand identity and strong, resolute nature of the game, the three films share the same light-hearted and comical mood with scripts conceptualised comprehensively amongst the electriclimefilms Dubai and Riot Games in-house teams.

The idea and message in each film are that gamers, regardless of their backgrounds, find Wild Rift extremely relevant in their lives and are able to play matches with anyone, anytime and anywhere.

Anas Hakim, Riot Games’ MENA creative director and content manager, elaborates: “One of the major selling points of joining an online gaming community is that you never have to play alone. You will always receive a "Yes" to your "Up for a game?" regardless of the time and place…”.

What is a more familiar sight than mothers getting together over a weekly cup of gahwa (Arabic coffee) to share life updates and boast about their children's accomplishments? Especially when there is no higher achievement than their child becoming a top-ranking Challenger in Wild Rift?

Inspired by and celebrating the amazing moms everywhere, this film went live this Mother's Day, on Sunday 21st March 2021.

Stuck in an elevator, on a plane or even Stranded on a deserted island, nothing comes in the way of a true gamer and their favourite mobile game.

This piece was shot in reverse to match the chronological flow of the film.

As the assistant director for this shoot, production coordinator and creative Zina Al-Askari elaborates, “it’s a rare luxury to shoot scenes in order on any film. In this case, we had to be extra on point with our schedule to capture the transition for a sunset to night scene at the opposite time of day. With two-thirds of our shots scheduled in reverse order, we kept pace with a fast-moving sunrise to achieve this.”

A Lesson They Won't Forget

With online classes becoming a normal fixture in our everyday lives, students are looking for new ways to combat boredom. This film revolves around three students who are "too cool for school", finding creative ideas to play a Wild Rift match without being caught by their professor.

The film’s humour is encompassed by the concept of the 'tricks and tricked'. The students think they have their professor fooled, but little do they know that the professor is already a step ahead and is the determined opponent that they are losing to.