#EdgarsChristmas from Kyra & Constantin and Jung von Matt DONAU with Passion Animation tell the story of Edgar and Marie, an elderly man and a carer in a care home 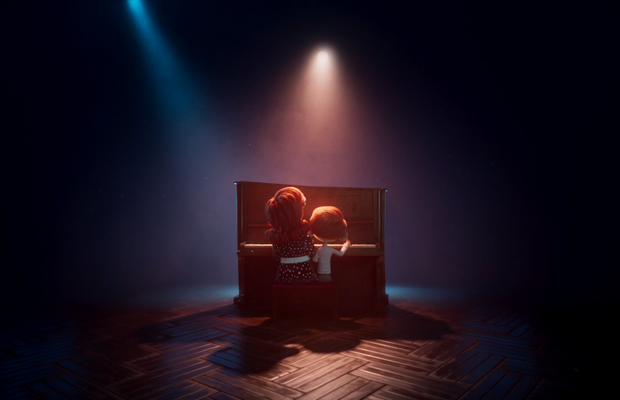 For the third year in a row, Erste Group has crafted an exceptionally engaging and creative animated advert for the Christmas season, once again directed by Kyra & Constantin. The Vienna-based banking group has released the #believeinyourself story #EdgarsChristmas through media channels in eleven markets in Central and Eastern Europe and to a global audience through social media. Erste Group has established itself as one of the most successful brands worldwide when it comes to making Christmas adverts, with its viral holiday ads having generated over 180 million views. Jung von Matt DONAU was once again creatively responsible for the production animated by Passion Animation Studios.

The starting point for an emotional Christmas story was undoubtedly more challenging this year than ever before. The global Corona pandemic has left its mark on everything and everyone -- and the makers of #EdgarsChristmas also wanted their project to reflect this.

"Loneliness and isolation have been the defining themes of this pandemic year. Unfortunately, that is likely to remain true for most people also during the Christmas season, when we would usually get a chance to be close to our family and friends. We wanted to show what’s possible when people are there for each other and when they believe in themselves and others, especially in these times," says Martin Radjaby-Rasset, head of group brand management at Erste Group.

A proven team of creatives

Jung von Matt DONAU is once again responsible for the creative realisation of Erste Group’s newest Christmas advert. Creative director Michael Nagy: "After taking two excursions into the world of animated animals, this year we’re addressing a theme that’s important for Christmas every year, but all the more in these exceptional times – namely: being there for each other. That’s what drives Marie, the optimistic and lively caregiver who doesn’t want to accept that the ageing composer Edgar is increasingly withdrawing into himself as his hearing loss progresses. With the help of the other residents at the old age home, Marie manages to warm Edgar’s heart and ensure that he enjoys a very special Christmas celebration.”

Debbie Crosscup, executive producer at Passion, says: “For our third time producing these very special Christmas films, one of our biggest challenges of the pandemic year was turned into a benefit. We’ve all been working remotely but this has freed us to team up with artists from across the globe who we’ve wanted to work with for years. We built a unique team, with members from Canada to Europe, who have come together to tell this incredible story. The character of Edgar that Krya & Constantin have created proves that looks can be deceiving. We’ve all got a story worth telling and thanks to Marie’s kindness and persistence, Edgar reconnects to his passions and his past”

Following in the footsteps of Henry the Hedgehog (2018) and Hanna Bumblebee (2019), #EdgarsChristmas is the third international Christmas advert that Erste Group has made together with Jung von Matt DONAU. The bar has been set very high for this year’s advert: the previous two Christmas films have been viewed more than 180 million times.