Leo Burnett London teams up with Tantrum's Samuel & Gunnar for 'Where is everyone?' 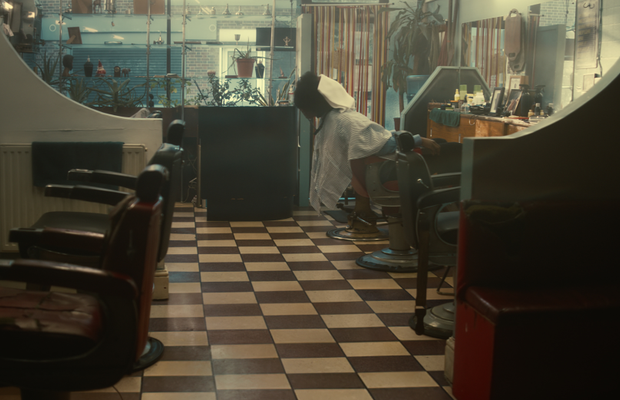 McDonald’s is bringing back the Double Big Mac after its success last year, with a new campaign ‘Where is everyone?’ during the limited-time promotion.

Running in the UK and Republic of Ireland from 6 October to 16 November 2021, the star piece of the campaign created by advertising partner Leo Burnett London will be the 30-second TV spot that champions some of the scenarios in which someone leaves mid-moment to get a Double Big Mac because it is simply too good to miss.

The TV spot opens to a decorator leaving mid-job as the wet paint brush falls to make a mess, then moving on to a driver-less lawnmower churning out grass cuttings and a man left mid-trim in a barber’s, eventually landing on a newspaper ad of the burger with the line: ‘don’t miss it’.

Steve Howells, director of marketing and media, McDonald’s, said: “When the Double Big Mac was on the menu in 2020 our customers loved it, so we know they’ll be as excited as we are about its return this Autumn. We hope this campaign will excite our Big Mac lovers with a bigger version of their favourite Big Mac taste.”

Reminiscent of other iconic McDonald’s work over the last year such as Iconic Stacks and ‘Breakfast, done properly’, viewers only witness the famous Golden Arches in this brand-less spot and the final shot of the TV ad and print imagery heroes the product in all its glory.

Mark Elwood, executive creative director, Leo Burnett London, said: “Britain loves a Big Mac, it’s a classic, a customer favourite across the nation. We wanted make sure all the Big Mac lovers out there get the chance to try or enjoy a Double Big Mac again.”

Accompanying the TV ad are Radio, Social, OOH, Press and Digital Display elements. The 20” radio plays a conversation between a couple in which one of them is making excuses to get out of the house, eventually revealing it’s to grab a Double Big Mac to be swiftly followed by the partner, as it really is too good to miss.

CAMPAIGN TITLE: Where is everyone?