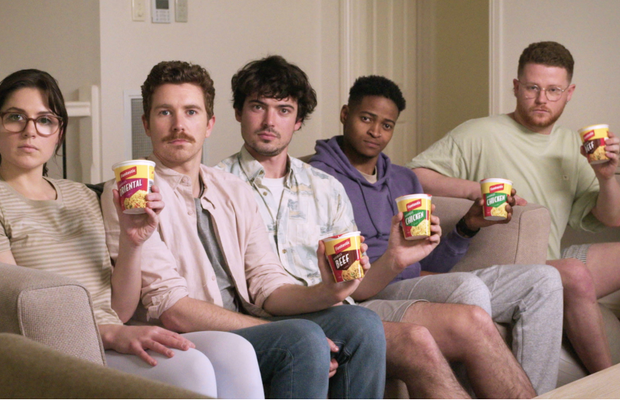 Staring at a supermarket shelf packed with cup noodles, they all look pretty similar. Fantastic Noodles needed a way to stand out and stay top-of-mind in this crowded category, so the brand launched a new campaign via Showpony Adelaide.

With a younger target audience in mind, the campaign unashamedly taps into an online sensibility, pairing offbeat humour with a strong audio component and replicable ‘dance’ moves.

Rory Kennett-Lister, creative director of Showpony Adelaide, commented: “With this campaign we sought to create something that ensures when people think ‘cup noodles’ they think ‘Fantastic’.”

Chief marketing officer at Fantastic Snacks, Erik de Roos, added: “Fantastic has a history of embracing unexpected, quirky advertising that cuts through the clutter. For this Fantastic Cup Noodles campaign we wanted an idea that would help make the brand more memorable and distinctive in a competitive category, which Showpony delivered.”

Executed across free-to-air, outdoor and digital, the campaign solves the age-old question of what to do while your noodles cook, with a two-minute ‘Cup Countdown’ to keep hungry Fantastic fans entertained.

“When we generated the first draft of the ‘Yup to the Cup Fantastic’ jingle we suspected we were onto something" said senior creative of Showpony, Andy Scott. "When people in the office were still humming the melody days later, we knew we had the ear-worm we were looking for.

Rory concluded: “Once we had the track, we worked to build a look and feel that was as distinctive as the music. Things got weird. Good weird."