BMB are definitely #NotGreen for the latest campaign 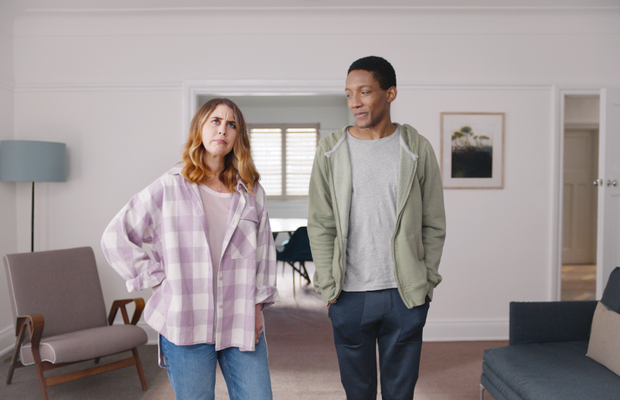 Farrow & Ball, makers of paint and wallpaper, are launching a new campaign to raise awareness of the brand’s Colour Consultancy service. Three new films humorously depict the psychological decorating obstacles that homeowners often need help to overcome in the pursuit of the perfect colour scheme.

This is the second major campaign that creative agency BMB have made for the brand since winning the account in a competitive pitch in late 2019. It will run in various time lengths on Channel 4 and Sky VOD, display and paid social, as well as full page print insertions in decor titles. The first film in the series “Words” is just launching, with two further films to follow later in the year.

The films acknowledge that for many, decorating your home can be a time fraught with difficulty. Each ad playfully dramatises a reason that homeowners may need to enlist the help and advice of a Farrow & Ball Colour Consultant - from settling domestic squabbles over paint colours - to helping those who feel overwhelmed by choice - to giving people the confidence to be more adventurous with colour.

In the spots, aspiring home decorators find themselves in a comedic decor-related quandary, before a title, accompanied by revelatory music, harshly cuts on screen suggesting that they ‘Let a Farrow & Ball Colour Consultant take care of the tricky bit.’ When we cut back to the home, the films reveal that it’s been strikingly decorated in a beautiful Farrow & Ball colour scheme, with the homeowners content and happy in the look that a Farrow & Ball Colour Consultant has helped them to achieve.

Anthony Davey, CEO, Farrow & Ball said: “It was great to work again with the team at BMB and Hungry Man to bring the benefits of our unique Colour Consultancy service to life in a way that would also bring a smile of recognition. We know that the decision to decorate can also be stressful and our expert consultants can shape colour, style, flow and often help resolve dilemmas along the way!”

Matt Lever, CCO, BMB said: “Anyone who’s ever decorated their home knows that there are only two good bits. The exciting part where you decide you’re going to take the plunge and the bit when you can stand back and enjoy the beautiful end result. This campaign dramatises the fact that a Farrow & Ball Colour Consultant can make that potentially hellish middle bit an awful lot easier and more enjoyable.”

Creative Directors: Will Marsden & Jordan Down