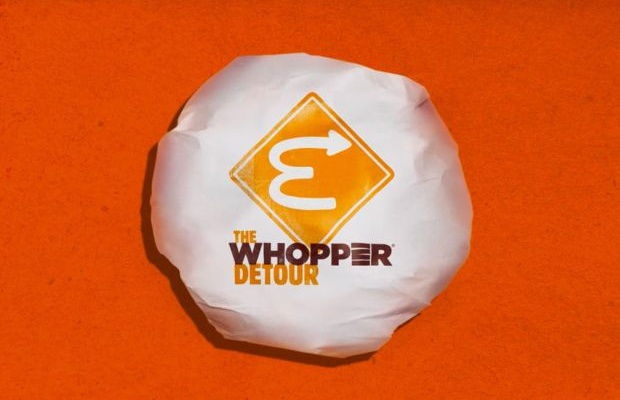 With a grand total of 51 Lions – five Grand Prix, 18 Gold, 12 Silver, 16 Bronze and its first-ever coveted Titanium Grand Prix – FCB garnered more accolades than in its 146-year history at the 2019 Cannes Lions International Festival of Creativity. Included in these honors are FCB Inferno outperforming other UK agencies with the most Gold trophies won, FCB Ulka notching India’s only Gold Lion at this year’s Festival and FCB/SIX achieving Grand Prix glory. FCB New York’s 'Whopper Detour' campaign for Burger King had a monumental performance and was hailed by Cannes Lions as the inaugural Creative Brand of the Year.
FCB’s success is an overwhelming testament to global chief creative officer Susan Credle’s creative vision and mandate, which has been expertly infused into the trailblazing creative work of each of the network’s more than 120 offices in 80 countries worldwide. FCB Worldwide chief executive officer Carter Murray’s dedication to building and maintaining its diverse talent pool has elevated FCB by fostering a uniquely inclusive environment where talent is valued above all else.
“At FCB, we believe the best brands are Never Finished stories. Award shows are important measurements of progress, but are not the destination,” Susan said. “Our focus is to create work that moves those stories forward, work that improves clients’ business outcomes, work that matters to people outside the industry and work that improves this industry. Across the board, that is the kind of work I saw honored at this year’s Cannes Lions Festival of Creativity. As an industry, we proved this year that creativity is an economic multiplier for businesses. Marketing is not an expense, it is an investment. And when you invest in creativity, it pays off enormously. Viva la advertising!”
FCB’s dedication to innovation was on full display throughout the week. The network presented a variety of groundbreaking panels and conversations, including:
-    Gender Dynamics and Equality in Advertising: A conversation hosted by Facebook chief operating officer Sheryl Sandberg, featuring FCB global chief strategy officer Vita Harris, P&G chief brand officer Marc Pritchard and Geena Davis Institute on Gender in Media chief executive officer Madeline Di Nonno to discuss the current state of advertising — the bright spots, the gaps and, how encouraging more balanced representations can benefit businesses, consumers and communities.
-    The Out Leadership + FCB Research Briefing: An examination of a joint research project to uncover American workers’ attitudes toward LGBT+ inclusion at work, state by state.
-    A Discussion on Race: Where We Are Now on the FCB Boat, featuring actress Gabrielle Union, #MeToo founder Tarana Burke, FCB global chief talent officer Cindy Augustine and New York Times reporter Nikole Hannah-Jones.
-    Out and Proud: The Business of LGBT+ Inclusive Creativity, featuring FCB global chief communications officer Brandon Cooke, Creative Equals founder and chief executive officer Ali Hanan, Google Creative Lab leader Tea Uglow, #MeToo founder Tarana Burke, Out Leadership founder and principal Todd Sears and Posture founder Winter Mendelson.
-    The Future of Human Movement & Creativity with Waze + FCB, discussing human movement and the creative potential it holds, led by FCB chief innovation officer Kris Hoet, featuring Waze head of product Rapha Cohen and Waze head of agency development Dan Brough.
-    Inspiration Session: Spot the Imposter with Vox Media + FCB, how finding multifaceted talent is the key to amazing work, featuring FCB global chief talent officer Cindy Augustine, Vox creative executive creative director Heather Pieske and Vox Media content and commerce senior vice president Armando Turco.
-    The #MeToo 2.0 Briefing with the movement’s founder Tarana Burke, FCB West chief executive officer Joe Oh and FCB/SIX president Andrea Cook.
“It has been a breakout Cannes for FCB, and being recognised as one of the top three global networks there has been both humbling and inspiring for our network,” said Carter. “Whilst it is our passion and mission to continue making bold creative for our clients, what I am proudest of when I think of our network is the mindset of our people: Our people profoundly believe in better. We enjoy what we achieve with our clients, but are Never Finished; always looking for what is the next groundbreaking work we can do together.”