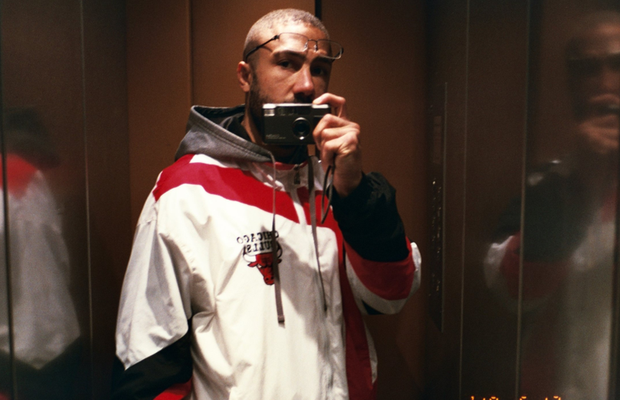 Little Minx has added New York-based director and photographer Khalik Allah to its diverse roster of talent. This marks Allah’s first official representation for advertising. His work has been described as 'street opera' - simultaneously visceral, hauntingly beautiful, and penetrative.

Born and raised across Long Island, Queens, and Harlem, Allah started making movies as a teen with a Hi-8 video camera. His first feature, Popa Wu: A 5% Story took him four years to make. The documentary film shares the story of the Wu-Tang Clan’s de facto spiritual advisor, Popa Wu, a member of the Five-Percent Nation, a cultural movement influenced by Islam and founded in Harlem in the 1960s. Real and raw, Allah’s profoundly personal work displays his eye for daring portraiture and bold aesthetics, transporting us into an entire world all its own. Allah’s subjects are predominantly African Americans who are experiencing poverty, homelessness, drug addiction, physical infirmities, and harassment from the police.

All of Allah’s films are available for viewing on the Criterion channel. His street-life documentary Field Niggas is a chronicle of summer nights spent at the intersection of 125th Street and Lexington Avenue in Harlem. The film takes its name from Malcolm X’s Message to the Grassroots, a famous public lecture that praised the spirit of rebellion among slaves working in the fields. Allah was director, cinematographer, and editor on the project, which includes surveillance footage of the strangulation of Eric Garner as well as the overdubbed sound of field calls by 1950s chain gangs. The film received glowing coverage by The New York Times, The Guardian, The Village Voice, IndieWire, and The Hollywood Reporter.

Allah’s documentary Black Mother released in 2019 to critical acclaim and currently holds a 100% rating on Rotten Tomatoes. The site's consensus reads: "A transfixing ode to geographic and familial roots, Black Mother pays poetic tribute to a place and culture from a brilliantly unique perspective." In the film, Allah revisits his ancestral homeland of Jamaica, taking his audience on a spiritual, visual, and tactile journey featuring subjects such as holy men, sex workers, beggars, hawkers, and children.

His latest film, released in 2020, IWOW: I Walk On Water, is a first person documentary poem and meditation on life, relationship to place, and the spiritual light found within those he encounters on the streets. Currently, he is working on a second photo book from 125th and Lexington. In 2020, he was recognised for his photography and became a Magnum Nominee member.

“I am very honoured to be joining the ranks of Little Minx,” says Allah. “Rhea and her team understand where I'm coming from and I'm encouraged by them to take my art to the next level. I'm very happy to be partnering with Little Minx.”

“We often used Khalik’s powerful stills work as a reference but it was not until a panel for our friends at Droga that I realised the potency of his film work,” says Rhea Scott, founder of Little Minx. “Black Mother blew me away, and add to that Khalik’s beautiful honest profound demeanor, I was hooked and had to make sure he was part of our family.”