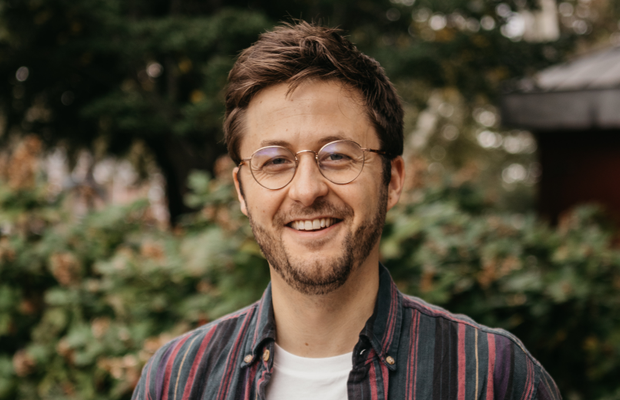 Creative editorial house Final Cut has announced the promotion of Matt Carter from assistant editor to rostered editor. Carter’s work is precise and purposeful, connecting the viewer to the subject instantly with youthful vibrancy.

Born in Memphis, though raised in Raleigh, his parents owned a skating rink that the young Carter would run the lights and music playlists at for the free skates. Looking back, he sees a parallel of sorts to editing - both orchestrate a visual and audio experience, only for different environments. Carter’s affinity for creating films began in college while majoring in Media Arts & Entertainment: Cinema/Digital Art at Elon University. A small liberal arts school, the tight-knit classes lent themselves well to collaborating with friends on music videos and comedy sketches, mostly just for fun outside of class assignments. He eventually made the decision to concentrate solely on editing, drawn to the energy, focus, and creativity he found cutting films.

He made the long-dreamt-of move to Brooklyn in early 2017, where his introduction to the New York ad world was as an office PA at Smuggler, then as a runner at The Mill. He went on to join Uppercut as a junior assistant/assistant editor before arriving at Final Cut in 2018. Along the way, Carter found many gracious people from various corners of the industry, from executive producers to senior editors, willing to share their experience and wisdom with him. When he joined Final Cut, he found mentorship within their roster of award-winning editors, including JD Smyth, Jim Helton, Michael Dart Wadsworth, Crispin Struthers, Ashley Kreamer, and Jeff Buchanan. Access to their minds, workflows, and techniques taught Carter the true culture of editing and gave him a better understanding of the work he gravitates towards and the other areas he would like to explore.

He has collaborated with renowned artists like Jon Batiste, J.Cole, Riz Ahmed, A$AP Ferg, Gallant, Indigo De Souza, Gunna, and Kat Cunning, to name a few. Some of Carter’s most memorable work includes the pandemic crowdsourced ode to New York,  And Now We’re Here (For NY), the music video for Lil Yachty’s Split, his Breakers ad for Adidas Originals, the documentary Revenge, and the short film Gramercy, an exceptional piece that made its way around the festival circuit, including one lineup curated by Barry Jenkins. His favorite projects are ones where the director places a great deal of trust in his process and allows him room to go with his intuitive decisions.

His work has garnered awards and accolades at AICP, Berlin Music Video Awards, and international film festivals in Athens, Miami, Chicago, New Orleans, San Francisco, Dublin, and Telluride, among others. Short film festivals include the esteemed Clermont-Ferrand, Aesthetica, and HollyShorts. His work has been featured in Shots, Booooooom TV, and earned multiple Vimeo Staff Picks.

“There is a ton of work that goes into filmmaking, but I have always viewed editing as what actually makes the film what it is. The possibilities are endless,” says Carter. “I’m really excited to be rostered at Final Cut and begin this new chapter with the same gritty, can-do attitude I’ve always approached my work with. Getting to collaborate with people who are so dedicated is my favorite part of being at Final Cut because I believe having a healthy obsession for the craft is how the highest quality work and most meaningful results happen.”

“Matt has always been incredibly driven and has possessed the vision to succeed,” says executive producer Sarah Roebuck. “His work has a distinctive rhythm and youthful energy that captivates the viewer. Always working on something new, he has built rich collaborative relationships with some of the coolest people in the industry. We’re looking forward to being a part of this next chapter in his creative journey.”