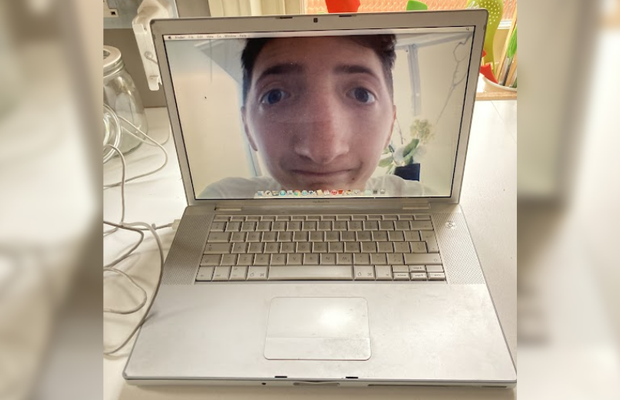 Greg Hayes joined Whitehouse Post in 2015, working his way through up the ranks to become editor in 2020. Through the years, he’s worked with renowned directors like Giles Lovell-Wilson, Ben Charles Edwards, Anton Tammi, Rankin, and Mert and Marcus, and for top brands such as Reebok, W Hotels, and Tommy Hilfiger.

Honing his craft on music videos for several years, he’s collaborated on promos for artists including Stormzy and Ghetts. He even edited all the visuals for The Weeknd’s 2017 world tour, which played in 80 cities.

Greg> By meeting all the team! Working remotely this past year has been great but left me hungry to meet and work with new people. But first thing I do in a project is a lot of prep – a bit of reading on the subject, music to help the mood of the piece, and talking with the creative leads on the job, whether that’s the directors or creatives.

Greg> What drew me to editing in the first place was the balance it has with technical knowledge and creative input. I definitely think the creative side comes with experience. I found learning from editors I was fortunate enough to assist in the past helped me pick up the nuances of cutting for emotion as opposed to style. Knowing how to cut is a good start but considering why you’re making it is when you start to grow.

Greg> Story is the backbone of anything we consume, that’s not just in editing. If there’s no story, the audience won’t care. There are great books out in the world about storytelling that aren’t directly related to editing, or even filmmaking, but have had a big impact on how I approach stories. I think that telling stories is so ingrained in how we communicate, often people have a greater understanding of story than they realise.

Greg> There are so many cutting patterns you can create, I often feel cutting too early with music can be limiting as you can get lazy, letting the music establish the rhythm & dictate your cutting style. Often in music videos we cut too heavily on the beat, something more interesting would be cutting off beat, then when you go back on beat that cut will have more of an impact.  Without music the rhythm of the edit is harder to pinpoint, but you can often tell if you’re rushing through or lingering. Whenever I think of this the rushing vs dragging from Whiplash comes to mind.  Your rhythm can be spot on for you but be ‘not quite my tempo’ to someone else.

Greg> Each project has a unique set of challenges, and I think in the last year some of the most creative work I’ve seen was made when our resources were limited (Bo Burnhams ‘Inside’ for example).

Greg> In the UK director relationships are basically how you get your jobs, and when I work with directors often, we’ll turn into mates. I’ve always seen the director relationship as a partnership, not straight off, as you have to gain their trust, but once you have great directors trust your opinion. Saying that though, like with any relationship, its knowing when to speak up and when to let things go.  Feeling out the right time for suggestions and making sure you’re both on the same page.

Greg> On my US jobs its great as you tend to get onboard much earlier in the process, so by the time it gets to the edit you don’t come to it cold, you’re not playing catchup which is sometimes how I feel on the first day or so of selecting. It’s just a different way of working, but all the other areas interest me, so it’s a welcome change.

Greg> If you’re going to have a problem, then having too much is always my preferred. You and the director will be the only ones that know what you’ve left out, but if you don’t have enough, everyone watching it will know.

Greg> Earlier in the year I did a set of films for the guardian newspaper 200th birthday. I’m really proud of this because stylistically and creatively its very different to my past work. I really liked that our director cuts were basically 98% of what we finished with, even the temp music and VOs that we built from various speeches ended up being licensed.

Greg> There are lots of longer pieces out there, but when I say long, I still mean less than five minutes! It’s no longer you have your 30-second TVC and then a cutdown, you have a hero 60 or longer that goes on their socials, then the 30 TVC has almost become the cutdown. When you have a longer cut, you have more time and freedom to tell bigger stories, so it’s a win win really.

LBB> Who are your editing heroes and why? What films or spots epitomize good editing for you?

Greg> There are people like Eddie Hamilton who I’ve never met but love his style, and how much he puts into the edit community.  His action sequences are always very tight and story driven.

Also Joe Walker who I love just because he started on Jonathan Creek for the BBC and now has Sicario and Dune under his belt.  That type of career progression doesn’t happen without being a really great editor. Then there are all the editors I’ve worked with who have taught me something, too many to name at this stage but they’ve all done such consistently high quality work.

Greg> Now I haven’t got much experience in longer formats but from what I hear is in the commercial world we work fast! I think the day to day could be similar, and I’ve always said that telling a story in 60secs is harder than telling it with the luxury of time. Cutting in such short lengths gives you a very precise eye for how many frames you really need for a shot to work. The closest experience I’ve had is cutting short films, but even that I think is a world away from the film and TV world. I’d love to get into a longer form project but I’m not in a rush, that will come in time.

Greg> Yes, I’m seeing often that brands are a lot more trusting in the teams they employ to do the job, which gives me often a lot more freedom and that collaboration has helped me grow.