The Editors editor explains trends in commercial editing, the third stage of storytelling and how getting his groove on helps with the cut 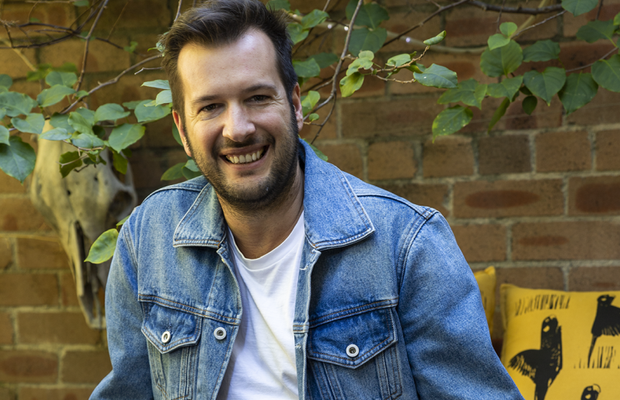 An editor, whose Kiwi origins and pastime moonlighting as a food blogger, only adds to the flavour of his cuts.

He is inspired by the challenges and possibilities of storytelling within both short- and long-form narratives, often grappling with complex themes to form stirring pieces such as the 2015 mockumentary Psychoanalysis, and feature films Nerve and The Pretend One.

When he isn’t cutting in the suite, you'll find Laurence slicing up chillies for the next batch of hot sauce - It’s Quite Nice.

Laurence> Music. I like to get into a vibe when I’m selecting. After reading a director’s treatment and understanding the tone of the film, I like to get a little mood going so the rushes can speak clearly early on in the process.

Laurence> For me, I think it’s the conversations that happen around the work. Sitting with other editors and film makers and breaking down films, scenes and moments has really helped my own critical thinking. Sometimes, someone will throw out a really interesting observation and you just chew on it for days and perhaps it turns into a new tool you use later on.

Laurence> Understanding the mechanics of story is essential to know where, when and how you can bend the rules. I’ve read a lot of books on screen writing and screenplays to the films I love, feeling out the beats from the pages. They say editing is the third stage of storytelling, so knowing the first and second stages is pivotal otherwise you’ll fall off the horse.

Laurence> I love having music playing while I am working. It gets you in a groove and that can apply to a lot of genres. I like to think of a scene as a dance. There are steps and undulations where different parts of the body moves. If the scene is dancing then it’s breathing and starts to come alive. It’s also fun to throw something completely random on a sequence to see what happens. You never know until you try.

Laurence> I cut a short film recently (Kapara) where the director wanted to create a modern day Spaghetti Western, meaning he recorded minimal sound and I found a majority of the sound as I edited. For me it was new appreciation for sound design and really relished creating the soundscape. As there was no sync sound it gave a very unique sense of control to the rhythm of the film.

Laurence> As the editor, it’s our job to help the director bring their vision to life. It’s also our job to bring fresh eyes to the footage without the hangover of what’s happened on the shoot or any other residual politics which is for the most part is appreciated. The editor is sounding board to the director’s ideas and we are there to give constructive opinion, not to just nod our heads.

Laurence> I would almost always take too much material over not enough. There’s nothing worse than stretching out shots for the sake of hitting a required duration. Thankfully this hasn’t happened for a while as I think agencies and clients are much better in admitting when something doesn’t work.

Laurence> I still love the IQOS commercial I cut a couple years ago. I was cutting on set in L.A for a few of the nights and the director (Tony Prescott) captured such great moments from the cast. Being able to hear Tony’s thoughts as he was shooting and string together scenes on location then bring it back to the suite to find the magic between the moments worked really well. We were in constant communication with composer too who was a gun. It was a really wonderful collaborative experience and we ended up with quite an evocative film.

There’s a growing need for many more deliverables from each project these days. A lot more emphasis is being put into the shorter duration scripts and now seeing separate strategies going into the 6-second bumper spots which used to be cutdowns from the hero spots. As advertising creeps more into our pockets than on our TV screens, agencies are more conscious of the power of bite sized content. Different aspect ratios are also starting to call for their own edits too. Split-screening the footage for 9:16 screens means clients can get more messaging into less time and more bang for buck.

Sally Menke’s master strokes in much of Tarantino’s films really got me excited about what editing was when I was younger. Her navigation around multi-plots was seamless and changed the way I thought about storytelling. As for films, I could watch Whiplash any day of the week. Tom Cross totally nailed that film. Transforming playing music into a fight scene was something else; trumpets have never felt so violent! Recently, I loved the way Chloe Zhao jumped through time in Nomadland.

In terms of longform, I’ve worked on a handful of indie features and series and it’s always been a really wonderful and immersive experience with the director. You lock yourself away and go a little crazy together and the outside world is forgotten. You don’t have the likes of agencies or clients to get approval from and there’s a sense of purity that comes out of it. Of course once funding bodies are approached, there are the usual rounds of feedback but the journey overall has a real sense of calm compared to commercial work. The benefits of working in both worlds are immeasurable. The tricks you pick up in commercials on how to truncate story can really save a scene in Longform.

The accessibility to work remotely has probably been the biggest trend on the rise. Due to the lockdowns of 2020, our team at The Editors became able to livestream directly from our AVID editing software to anyone’s web browser so we could have remote sessions with directors or hold remote presentations with agencies and clients working from home. Thankfully Australia’s been lucky enough to return to some normality again and we have found people coming back into the office for presentations, probably for the wine and cheeseboards I reckon.

More from The Editors