Cut+Run's editor and partner on the awesome undertaking of editing, remaining objective and the importance of collaboration in a project 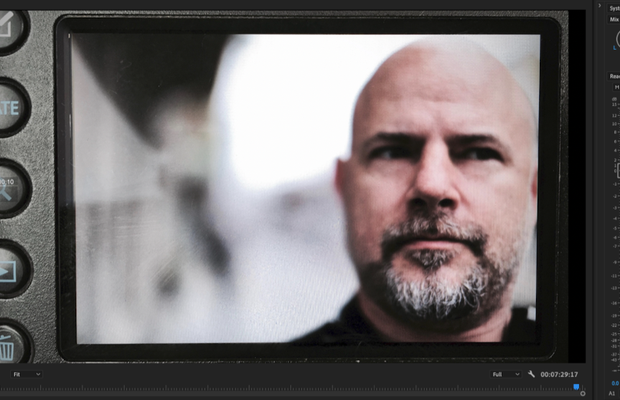 Partner/editor Jay Nelson is an award-winning editor and director known for his creative contribution to noted feature films as well as national and international commercials. Jay was the editor on ‘Pirates of Somalia,’ starring Al Pacino, Evan Peters, and Melanie Griffith, and directed by Bryan Buckley. He was also editor on Bryan’s previous feature release ‘The Bronze,’ starring Melissa Rauch, which was produced by the Duplass Brothers Productions and premiered at Sundance. He is known for brand-enhancing commercials including Super Bowl spots that have made the USA Today Top 5, five years in a row. A founding editor and partner at Cut + Run editorial in LA, he divides his time between offices in New York, Los Angeles, and Austin.

Jay began his career as a writer and director for the C.A.G. theatre company, which blossomed into creative work on music videos, television and film.

His early commercials include the Partnership for a Drug Free America 'Brain on Drugs' PSA which became part of the cultural vernacular.

Jay> The biggest challenge over the course of a project is something unspoken and unconscious. It’s the struggle to remain objective. My whole career I’ve aspired to reach a place where editing is as much a momentary expression as it is a brooding labour alone in the dark, trapped in one's own mind. So I start an edit first with an exhaustive process and system of preparation. The quicker I can absorb the story and the message the longer I can maintain my objectivity while executing the story more efficiently. My assistant is the hero of the beginning of a project.

Jay> Editing films, whether docs or narrative, is an awesome undertaking. A great feature editor who started in ads and videos like I did once told me at the start of my longform career that I should start by watching films 30 seconds at a time. That was great for sitting down and doing the job, but what I later learned was the invisible nuance of the overall rhythm of a piece. In every movie I watch, or every great Streamed media, I am always thinking about the undulating flow of emotion and story. An editor conducts the balance of mood and composition and visual choices to create a larger effect, a holistic experience. When it’s done right, I can dwell in the experience repeatedly. It never fades. The awe sustains with every viewing. It’s like a great live concert you get to relive again and again.

Jay> It is essential. And I believe talent is certainly a part of it, as is education, but there is no substitute for years of wisdom and experience in learning to tell a great story. When I was younger, I was arrogant enough to believe I had it all figured out. As I got older and continued to learn and study and collaborate I realised in reflection that you can’t tell a truly great story on talent alone.

Jay> I love working with music. When I was starting out, as is the case for many young editors, musically-driven pieces were mother’s milk, and the building blocks of a meteoric career -- because the music is what is telling the story and editors map those beats and make shot connections that make our heads pop. And it takes talent to do a song it’s proper justice, even elevate the song. Editors of old, when cutting on film, used to 'feel' the rolls and edit points through their fingers when they previewed the work and could actually gauge the rhythm of a piece in a perfectly tactile way. I think of that a lot when I work. To test every edit for rhythm I turn off the sound and watch the cut pacing, the visual beats, the imagery flow. Whether it’s music driven or not, silence is a good way to gauge the rhythm of a piece. No project is ever the same, but we’re constantly drawing on what we’ve done before to inform how we do things moving forward.

Jay> We used to get paid to supervise the mix, the telecine, the conform. I miss that. It made me better at offline editing. Building relationships with great craftspeople and learning their tricks—what to look for, what to listen for, and the language to communicate those things. Editors today don’t get that exposure in the way we used to. Now it’s rare we get the chance to see a project through in that way. In Europe directors have more control, and the editor is their right hand. I love a director who leans on story and shooting things practically, who leans on me to add value to that and assemble a film language that elevates the vision.

Jay> Well it’s easy to edit something and get the job done with less footage, but unless you have an auteur who has total say in when “they’ve got it” it's rare that those stories turn out well when undershot. Greatness oftentimes comes from exploration, and exploration takes disk space and reels and reels of media. That said, I’ve come to see any constraint as a form of convention.

Like the meter of certain types of poetry, structure can inspire invention and create a way of saying things that doesn’t happen from unlimited exposition. There is a solution for every problem -- if you can make the problem a part of the solution.

LBB> Who are your editing heroes and why?

Jay> Well it’s a different project almost every week in commercials. Most of the time in film and TV the editor spends his days with the director and in ads it’s a bit more with the agency, and when it comes to project management I organise thoughts and media very differently when doing a film. However, tricks and techniques tend to be the same—that exhaustive preparation for maximum efficiency is larger and requires more human power at the start of a job in films. Films are a great change of pace from commercials, but I must say it’s also nice to have a unique challenge and different people every week.

LBB> Have you noticed any trends or changes in commercial editing over recent years?

Jay> The core of non-linear process and technology hasn’t evolved much at all in 30 years. Sure digital files for media has been massive but our process is still the same. No one has really delivered a true 'New Way' of doing things and this is the longest period in editing history without such advancement. Prior to NLE it was tape to tape and prior to that it was Steinbeck. Those advancements occurred over 20 year intervals in their truest sense. It’s been 30 years. We need a better interface. Time for someone to utilise the technology we already have and purpose it for post production and take us to the next level—true tactile interaction with media, hands on manipulation. And by that I mean two hands on the canvas moving things around like painters or musicians. It’s just trite to invoke the Minority Report, but that’s kind of what I’m talking about. With VR or AR, the technology exists. NLE software makers are just fat and complacent.

The more I do this, the more I relish the part of my job that is about birthing a director's intent. I’ve been lucky in my career to glean knowledge from legendary directors -- whether that knowledge was directly imparted or not. Directors are the originators of the media. They are the ones in the arena. We dress it. We sharpen the weapons. Sometimes we write the expression. Nothing feels better than bringing a directors vision to life as intended and have that be universally liked. This job is about collaboration. The best novelists all had great editors. I always keep that in mind.