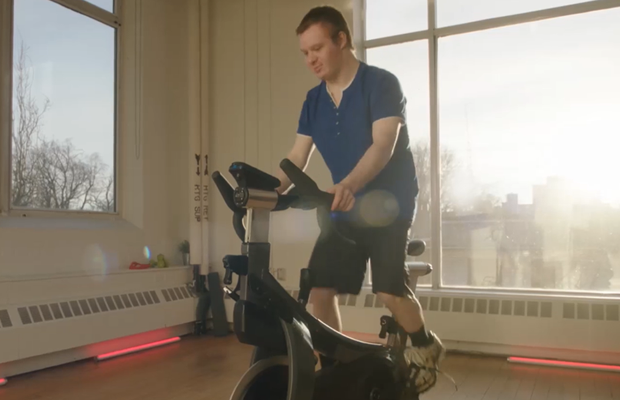 The Canadian Down Syndrome Society, Anglia Ruskin University and BrainHQ launch a global, first-of-its-kind, research study to collect data to examine whether physical and brain exercise should be an integral part of cognitive therapies for people with Down syndrome.

The Canadian Down Syndrome Society (CDSS) is partnering with Dr. Dan Gordon and his research team from Anglia Ruskin University and with Dr. Michael Merzenich and his team from BrainHQ to launch a research study and awareness campaign to examine this potential link between physical fitness and mental fitness for people with Down syndrome.

“We have a number of cognitive therapies to help my son learn, grow, and become more independent as he gets older,” says Ben Tarr, a board member for CDSS and father of Leo, who has Down syndrome. “But exercise just isn’t treated as an important part of that process. My wife and I have even heard some doctors go so far as to discourage strenuous exercise due to medical concerns such as heart defects and low muscle-tone. But if this study proves a link between the two, then that could have an enormous impact on the lives of people with Down syndrome around the world.”

The study will collect data on the impact of physical and brain exercises on physical and cognitive abilities over time. The custom-designed Mindsets app gathers exercise data from Fitbits along with data on brain exercises from BrainHQ. Researchers will also measure standard physical and cognitive assessments of participants at the beginning and the end of the study, making it possible to measure precisely the impact of exercise on abilities. The app also connects study coordinators with study participants to motivate and keep them on track.

The eight-week study, which launched on March 21, World Down Syndrome Day, is being run by Dr. Dan Gordon, Paralympian and Associate Professor in Cardiorespiratory Exercise Physiology at Anglia Ruskin University in Cambridge, UK.

This joint study led by CDSS — a leader for inclusion for the Down syndrome community globally — is unprecedented and will eventually involve more than 200 participants from around the world. The concept was developed by advertising agency FCB Canada, who also established the partnerships to bring this idea to life.

“This is a landmark study that we hope will show just how far-reaching the positive effects of exercise can be for the Down syndrome population,” says Dr. Gordon. “We already know that exercise can provide enormous benefits to overall health and well-being and have seen many isolated examples of exercise having an impact on cognition. But definitive data just doesn’t exist yet, and that’s why a study of this size is so important. Even a slight increase in cognition can lead to an incredible shift in the quality of life for a person with Down syndrome. This would allow for more independent living and make activities of daily living much easier to accomplish.”

For the cognitive exercise aspect of the study, CDSS is partnering with the brain training program, BrainHQ, made by Posit Science. “To adapt BrainHQ for use in this study, we hand-selected the right set of exercises to ensure we are precisely targeting core cognitive abilities, such as speed of processing, attention, and memory,” says Dr. Henry Mahncke, CEO of Posit Science.

“As Chris was training for the Ironman, we started to see incredible progress in his cognition,” says his father Nik Nikic. “His memory improved, his social skills, and everyday tasks that he used to have problems with became much easier for him. His confidence has gone up, too. The impact has been incredible.”

If successful, the goal of the study is to publish the findings in an effort to make exercise an integral part of therapies for people with Down syndrome globally.

“Our work with CDSS over the past several years has really advocated for the needs of the Down syndrome community,” says Nancy Crimi-Lamanna, Chief Creative Officer at FCB Canada. “If we’re successful in proving a link between exercise and cognition, then this study has the power to change the way we think about learning and development. This will help to break down the systemic barriers that prevent people with Down syndrome from living their fullest lives. Beyond the Down syndrome community, this could also have far-reaching implications for others living with cognitive challenges.”

The first stage of the study is already underway, but more participants are necessary to make the study as rigorous as possible. Those interested can register at mindsetsstudy.com. As part of the campaign, there will also be a series of videos encouraging people around the world to take part in the study. The goal is to complete the study and share the results before the end of the year.

“Mindsets'' is CDSS’s latest initiative in support of the Down syndrome community. It follows the highly acclaimed and globally awarded “Down Syndrome Answers'', “Anything but Sorry,” and “Project Understood”, all created in partnership with FCB Canada.