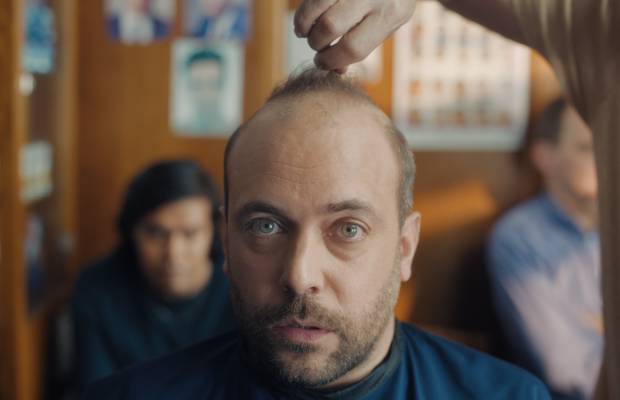 After a year of ‘anything goes’ barnets and with apathy around one’s hair at an all time high, VO5 is telling men ‘If you’ve got hair, care’ in a new campaign for the Unilever-owned brand, the first above-the-line work aimed specifically at men for five years. The campaign is launching as lockdown eases and with the Euros on the horizon - the perfect time to re-invigorate men’s love for their hair as they begin to venture out again, and get those much needed haircuts.

Created by adam&eveDDB, the campaign introduces us to VO5’s new brand ambassador, Terry (Terrance to his mother). Terry has reached the stage in life where he has somewhat less hair on the top of his head. But instead of getting rid of what’s left, he is determined to honour and care for it – and he wants other men to do the same.

We meet Terry as he sits in the chair at his barber’s, telling viewers ‘every follicle’s a blessing . . . and that’s why I take care of mine’. He asks the barber for ‘just a bit off the top, mate’ but before the scissor can meet the tuft, Terry stops him saying ‘Not that bit.’

In fact, he can’t bring himself to let the barber trim any of the hair on top. Eventually the long-suffering barber reaches for a tin of VO5 Matt Clay and expertly styles the tuft. Terry is finally satisfied, declaring the result ‘majestic’. He finishes by telling viewers: ‘If you’ve got hair, care.’

The campaign breaks on 8th May in a 30-second television ad, and will also run on video-on-demand, social channels, digital out-of-home and in cutdowns on TV.

Chris Barron at Unilever, said: “Using a balding bloke to promote a hair product might feel counter intuitive, but adam&eveDDB discovered that the only thing men fear more than a dodgy hairstyle is losing it altogether. This campaign exists to encourage men up and down the country to make the most of what they’ve got (even if it’s less than they’d like) by celebrating every follicle and giving every lid some love with VO5”.

Laura Rogers, Global Creative Director at adam&eveDDB, said: “Incredible hair isn’t about how much or how little you have. It’s about treating what you’ve got with love and care. We hope this film makes all men feel like great hair is within reach, with the help of a sympathetic barber and a dollop of VO5.”