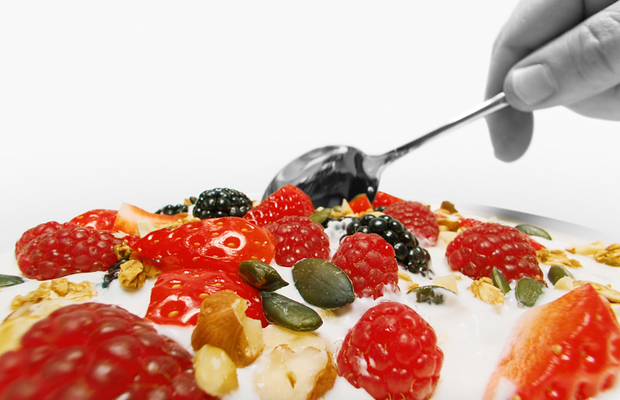 Filip Nilsson takes the helm for Sainsbury’s latest campaign ‘Helping Everyone Eat Better: One Plate at a Time’.

This campaign launches Sainsbury’s new platform and brand line ‘Helping Everyone Eat Better’. The future-facing brand repositioning, created with Wieden+Kennedy London, reflects Sainsbury’s belief that delicious food, which is healthy, innovative and good for the planet should be accessible to everyone, and will see Sainsbury’s make it easier for people to improve their diets while helping to reduce their impact on the environment.

The new brand commitment, which replaces the longstanding ‘Live Well For Less’ motto, builds on the retailer’s strong visual branding and launches on May 26th with an epic 60’ TVC. Directed by Filip Nilsson and produced by Object & Animal, the film sees Stephen Fry step up to the mic to deliver a delicious rallying cry to the nation, inspiring them to grab their plates and make a difference.Helping Everyone Eat Better is a big ambition. But big doesn’t have to be daunting. We don’t have to find the silver bullet that will fix it all. Because the truth is, there isn’t one. Eating better comes in all different sizes. And real change comes about bit by bit, plate by plate.

This campaign aims to galvanise the nation into eating better, one plate at a time. Each step might seem small, but if we bring everyone along, the change will be massive.

Mark Given, Chief Marketing Officer, Sainsbury’s said: ‘At Sainsbury’s, we believe everyone should have access to food that is better for them and the planet. As a supermarket serving communities across the country, working with a global supply base, we recognise that we have a responsibility and a once in a lifetime opportunity, to help drive lasting change. With our new commitment, we want to help our customers make healthier and more sustainable food choices. From providing new, healthy recipes and offering incentives for eating more fruit and veg, we can’t wait to bring the nation on this journey with us.’

Darren Simpson, Creative Director, Wieden+Kennedy London, said: “Sainsbury’s came to us with a new commitment that would reconnect them to the power and impact of food, and give them a clear direction for the future. Helping everyone eat better, is a brand commitment to make a difference. The new ‘one plate at a time’ campaign aims to empower customers to make a positive change for their own health and for the planet too.

Taking ‘The Ken Loach Approach’ for a New Radiohead Promo

Object & Animal Signs Jessy Moussallem for US and UK Representation