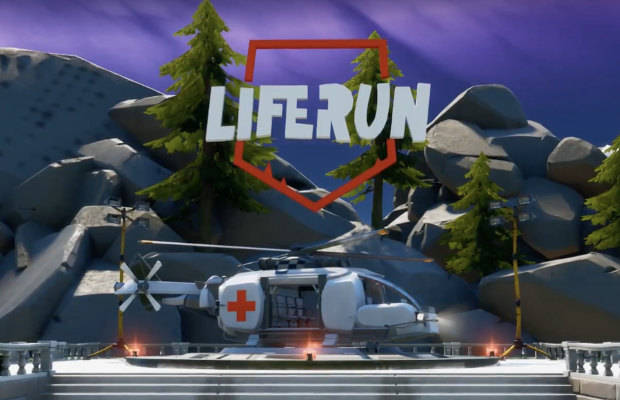 Imagine if Fortnite awarded points for saving lives, rather than taking lives? Over the past week, the International Red Cross (ICRC) has flipped the Fortnite script with the ‘Liferun’ initiative – making it possible to game for good. ‘Liferun’ is a brand-new custom creative game mode for Fortnite allowing players to act as ICRC workers and dominate the leader boards with points for good. It was launched at PAX South 2020 (January 17th to 19th) – one of the world’s foremost gaming congresses, where FPS streaming sensation DrLupo joined ONE_shot_GURL and Lachlan on-stage to introduce Liferun’s action to tens of thousands of attendees on Sunday, January 19th. Lachlan won the Fortnite Peace Prize – the very first of its kind – and so far, the activation has gained a reach of approximately 14 million users.

Wunderman Thompson took the lead in a community created activation, masterminding a way for gamers to play ICRC workers in Fortnite and capture points for saving lives, instead of killing people. The agency brought the ICRC, the organisation tasked with upholding rules of war globally, and Fortnite gaming community together to make a new kind of game. For Wunderman Thompson, this activation demonstrates a deep and profound understanding of the importance of a storytelling activation, the gaming community, Gen Z, Gen X, and most significantly, the way people behave within this platform.

The industry’s top gaming builders were assigned to design a creative mode inside the gaming blockbuster Fortnite, and they’ve redesigned the entire game to look like a battlefield with images such as an ICRC helicopter. The creative mode is based on the ICRC’s real objectives, highlighting four core activities the ICRC is carrying out in its operations in over 80 countries around the world. Players compete to heal civilians, rebuild essential infrastructure, demine, and distribute aid as fast as possible. Furthermore, donating to the International Red Cross will be organic to the game, as players will see signage encouraging them to donate, bringing attention to an important civic issue during a fun, personal activity.

Fortnite’s new Creative Mode addition, ‘Liferun,’ flips the massively popular, award-winning script with a life-saving frenzy for up to 16 players. To create Liferun, Wunderman Thompson partnered with Team Evolve: the pros that made the Fortnite x Nike game and the Fortnite Creative Showdown.

“There is a whole other kind of war hero that we haven’t seen, having grown up influenced by the media, movies, and television shows. Kids grow viewing soldiers as ultimate heroes, and we don’t often see or talk about the other side of war – the side that needs compassion and people fighting to save innocent lives. But through Liferun, we can start to change that narrow view of heroism. We’re starting with Fortnite, but we plan to tackle one emerging platform at a time. This is only just the beginning as we work to change the conversation,” said Danielle Trivisonno-Hawley, ECD and EVP, Wunderman Thompson Seattle.

“We must engage the more than 2 billion gamers worldwide. Video games have been mainstream entertainment and social platforms for a long time, and we know that many gamers are also current, past or future soldiers, army officers, armed group members, CEOs of companies, lawyers and political leaders. We need to talk to them in a smart and engaging way to explain that civilians suffer greatly in conflict,” said Jennifer Hauseman, director of communications and information management at the ICRC.

“Video games represent a huge opportunity to spread the word about the importance of the laws of armed conflict and how they are designed to protect the most vulnerable in conflict zones. This mode that we have co-developed is our first foray into creative modes on Fortnite,” Jennifer added.

In-game descriptions of the four missions: