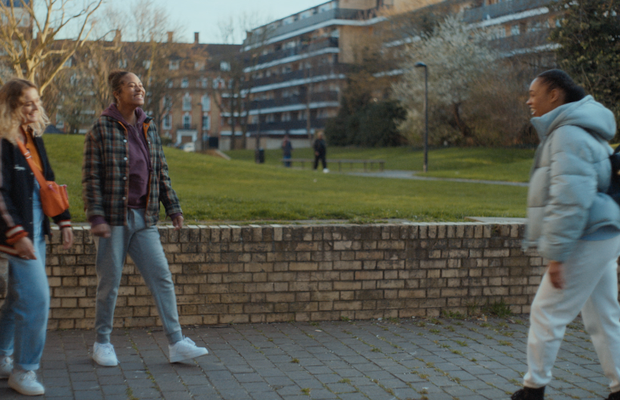 Merman shares Fred Scott’s most recent (and first with Merman London) piece of work for DHSC comprising of four different TV spots in a campaign for the government body, Department of Health and Social Care created by CD’s, Jane Briers and Dave Cornmell for Mullenlowe, produced by Merman London.

This was Fred Scott’s first work for Merman London since signing during lockdown last year and following his BAFTA nominated documentary release ‘Being A Human Person’. The DHSC is responsible for government policy on health and adult social care matters. The spots were made in connection to the recent restrictions that were lifted in stages on 29th March and then April 12th. It encourages people to resist temptation and continue to stay socially distanced when meeting up with friends and finally being able to have drinks and eat out again in public places in stage two. There were different locations across London for each spot.

The first spot ‘Urban Estate’ which Merman are featuring here was filmed at an estate in Peckham. One thing that has worked in its favour during lockdown is being able to film in an otherwise restrictive location.

This was the fastest turnaround on a job ever recalled by Siobhan Murphy, MD / EP @ Merman - ‘We had the directors script call at 11.30am on a Friday in March, did a broad strokes treatment by 3pm and were confirmed go ahead the same day, to shoot 12 days later - it was intense!

Sian Parker who was freelance for Mullenlowe at the time was used to these fast response jobs for the DHSC having done several over the past few months and navigated Merman through brilliantly with her ability to push everything through quickly for us. She left no stone unturned along with the production team at Merman, Jess Ensor and Lucy Tate who worked tirelessly to turn the jobs around in the time frame.

Fred brought his experience working in documentary to the casting process and the performances were incredibly natural and genuine, which was integral to the campaign to ensure a sense of relatability and empathy.

The reason this campaign appealed to Fred was the opportunity to ensure the humanity and natural performances shone through. He brought his subtlety to the project with nuanced performances and carefully framed, beautifully lit films, that would appeal in a non preachy way to the audience. It was key to Fred that they served as a gentle reminder of our responsibility to stay safe and achieving this with cast who were like us and relatable was key.

Launched 29th March on TV throughout England along with the Print Campaign.