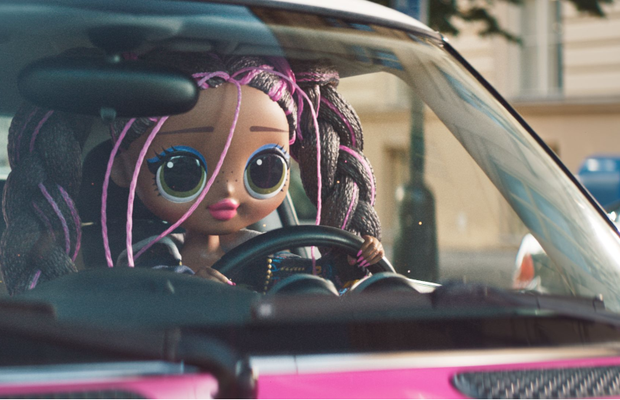 Freefolk has put its unrivalled VFX and post production skills to larger than life use for the Smyths Christmas commercial, ‘If The World Were A Toy’, directed by Chris Balmond at Outsider for McCann Manchester.
In the fun Christmas spot, Smyths is keen to demonstrate that despite a difficult year for everyone, Christmas and Santa are not cancelled as they bring to life the must have toys of 2020, including an L.O.L Surprise!, LEGO and Barbie. The toys appear as they transform from real life people and buildings, so Freefolk was tasked with creating fully CG toys as well as buildings and environments.
The commercial was filmed over three days in Prague and was Freefolk’s first post-lockdown shoot, led by creative director, Jason Watts, head of 3D Harin Harani, with colour by Paul Harrison. The team started on the project back in July, working closely with Chris Balmond during the pre-visualisation stage in order to set the pacing of the commercial. Once key sequences were established the team got a good indication on how quickly the transformations of the toys would take place and could then start thinking about how they would create them.
Chris Balmond, who has a long working relationship with Freefolk, knew that he was in safe hands with this ambitious commercial: "It was clear Freefolk were the right people to help me bring this script to life, they instantly embraced the child-like fun of the job, coming up with brilliant and inventive ideas from day one, rather than doing the usual mechanic's sharp intake of breath when I mentioned things like shooting handheld, or making the transformation moment different for each character. This collaborative approach continued on set and into the offline stage. 'No' did not seem to be a word they were too familiar with, as we continued to experiment with the transformation effects. Once in online, the 3D, animation and compositing teams, over delivered on every frame."
Freefolk designed and built the central Smyths building as well as the surrounding plaza area filled with street furniture and plantation as well as creating other real looking buildings to sit amongst the toy ones, adding CG cars to populate the streets. In order to make the full CG shots fit in with the live action shots that were shot with anamorphic lenses we introduced defects such as distortion, chromatic aberration and lens blurring to simulate the physical lenses. 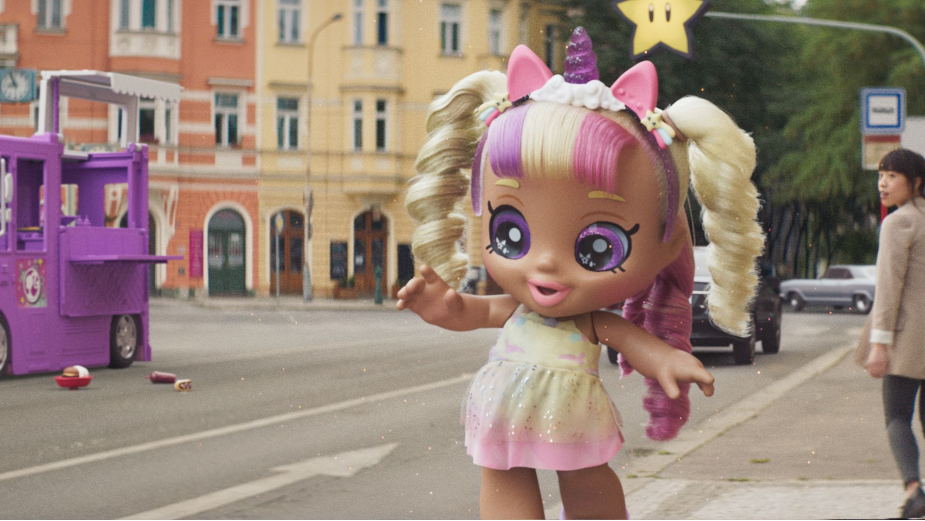 The decision was made to create the end shot fully in CG due to the large amount of toy buildings and characters required, giving Freefolk flexibility in the composition and in the integration of all the elements.
Harin Harani explains how they created the larger than life toys: “For the animation of the toys itself we tried to stay true to the limitation of the toys themselves so that we could preserve them as being physical objects as opposed to them feeling like cartoon characters. The difficulty in this is trying to make the toys as expressive as possible within those limitations, so we had to exaggerate a lot of movements."
"Depending on how long we had for the transformation in the shot we would adopt different techniques" Harin continued. "For the short quick ones this would simply be a quick pop from the live action to the CG toy with some cg smoke and glitter done in houdini and distortion effects done in compositing. And for the slower transforms like the vehicles we would rig and animation sections of the live action vehicle as well as the toy vehicle and in animation we would explore ways to transition between the two in motion seamlessly. We had a huge amount of assets to create for the commercial and some of the more complicated toys required full hair systems such as the kindi kid which had very specific hair curls that needed to match to the physical toy. For the OMG doll we needed to create a bespoke method using displaced geometry in order to create the hair as the Doll had small braids within larger braids and this would have been difficult to achieve with conventional grooming tools.” 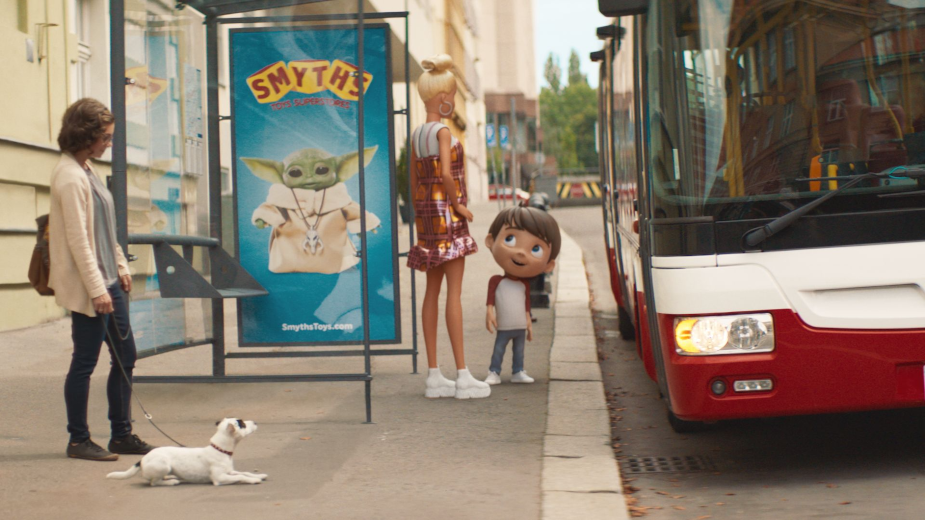 In terms of the grade, Chris Balmond wanted the spot to feel cinematic and not too pushed, so Freefolk’s head of colour, Paul Harrison, went for a quite naturalistic, warm sunny look, with a gentle nudge toward a print feel. Paul talks through his approach: "Due to the complexity of this job we decided the best and most flexible approach was to work as if it was a film project, this meant all compositing was done in ACES colour space and then the grading happened at the end but also allowed for shots to be updated as we were grading."
I did have to be mindful of the animated characters look and feel when trying to bed them into the scene but the VFX team did a great job in stitching everything together so I could put the finishing touches to each scene. Challenging at times due to changing light conditions and the nature of meshing CG and live action, but fantastic end result.”

CAMPAIGN: If The World Were A Toy