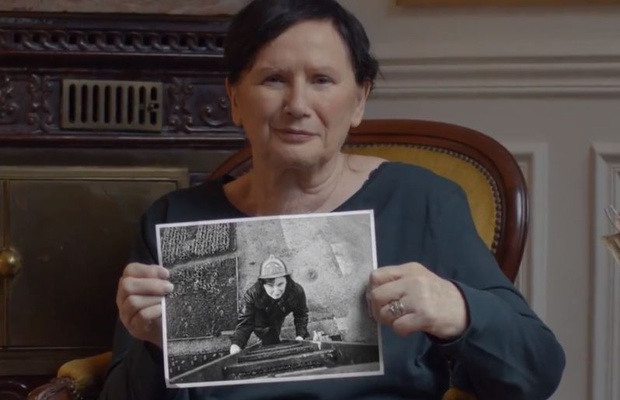 On the occasion of Grandmothers' Day, Sunday, March 3rd, Café Grand' Mère celebrates those who have changed women's lives with new campaign, #ThankYouGrandma, by CLM BBDO.

Without our grandmothers, our lives would be very different. They’re part of a generation that fought to change women’s place in society. Freedom of expression, a woman’s right to control her own body, the right to play the same sports and practice the same professions as men… none of these advancements would have been possible without our grandmothers.

It’s only right that we pay tribute to them and their exploits through the black and white images in this campaign, created by CLM BBDO, to highlight their victories, from the seemingly minor to the most outstanding.

"Though this campaign goes back in time, it offers a deeply modern vision of our grandmothers," explain Benjamin Dessagne and Stéphane Santana, creative directors, CLM BBDO. Before they were the women we know today, they were young women who changed the world."

Directed by documentary filmmaker and anthropologist Sylvain Desmille (Curious Film), the film, largely composed of archival images, celebrates all the pioneers who helped transform women’s place in society into what it is today. Extensive research that showcases lesser-known women: Françoise Mabille, the first French woman to become a volunteer firefighter; Violaine Sanson, member of the first women's motorcycle racing team; Astrid Hustinx, one of the first female airline pilots; parachutists Odette Rousseau and Colette Duval; and Anne Chopinet, one of the first women to attend the prestigious École Polytechnique.

"The emancipation and liberation of women is one of the major advancements of the 20th century," says director Desmille. "This process was made possible by all those who, through their strength and actions, and frequently their courage, helped change attitudes towards women. They are more than just images, they are the faces of this moral revolution."

A film rich in stories and strong in emotion is online now, and on air from March 1st to 3rd.

1962 - Mini-skirt scandal: started by Mary Quant, the scandal becomes a symbol of the liberation of women's bodies

1965 - Women gain the right to manage their property, open a bank account, and practice a profession without needing their husband’s permission

1967 - Neuwirth Law authorizes contraception, which starts getting reimbursed in 1974

1970 - Creation of the Women's Liberation Movement

1975 - Women finally gain the right to divorce by mutual consent

All of these dates remind us that the women of yesterday forever changed conditions for women today.