Fullgreen chooses BMB as its first agency of record 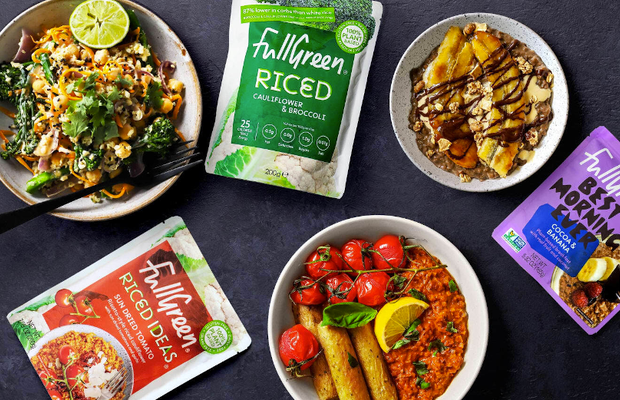 Fullgreen, the plant-based alternatives food brand and makers of cauliflower rice, has chosen BMB as its first agency of record. There was no previous incumbent.

Fullgreen offers a range of nutritious, 100% plant-based products without preservatives, additives or added sugars; providing unique lower-carb alternatives to rice and grains – without compromising on taste.

BMB’s brief is to raise awareness of its cauliflower rice as a healthy swap to regular rice by highlighting its 87% lower carb element, which makes it diabetic, vegan, keto and paleo friendly options. An above the line campaign is due to launch in autumn.

Gem Misa, co-founder of Fullgreen said: “We are excited to be working with BMB to raise awareness for our products which, up until now, have only grown via word of mouth. Fullgreen is the fastest growing brand in the rice category, growing 58% over the last two years versus a growth of just 3% of the entire ready-to-heat rice category. This campaign is coming at the perfect time as it should accelerate this growth even further.”

Jason Cobbold, CEO, BMB said: “Fullgreen taps into the evolving health movement, and represents an exciting new UK-founded sustainable brand. Gem and Jamie have developed a successful range of fuss-free, tasty foods which deserve to be enjoyed across the UK. We’re looking forward to helping them on this journey.”

Fullgreen was founded by Gem Misa and her husband Jamie Harris, who were looking for easy ways to eat healthily for themselves and their young family. Previously known as Cauli Rice, the UK-based entrepreneurs rebranded the company as Fullgreen in 2017. Gem Misa was named UK Export Food Pioneer by Liz Truss, Secretary of State for International Trade.