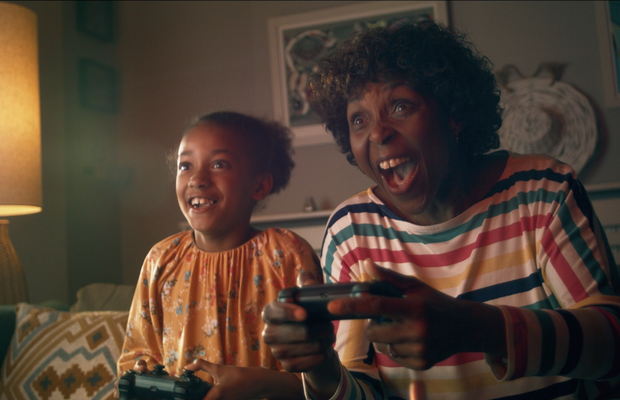 It is based around the uncomfortable truth that constipation can feel like a constant, debilitating, never-ending presence – rendering sufferers sluggish and tired, breaking their rhythm and preventing them from enjoying their lives to the full.

Find Your Groove follows a fifty-something woman as she goes about her busy, and auspiciously constipation-free, life. It takes everyday sounds – including an early morning yoga session, walking the dog, bowling with the kids, cooking dinner, taking salsa lessons and a firework display – and fuses them together one-by-one into a catchy and high-tempo rhythm that puts the sound design front and centre.

Avoiding the kind of lazy, offensive tropes often used to depict older age, the spot showcases later life as it really is, celebrating an active older woman full of zest and, thanks to Fybogel, very much in her groove. It highlights the fact that Fybogel contains natural fibre which works with your body to relieve constipation and maintain regularity – facilitating a life that keeps moving.

It launches this week on TV and through a number of special insertions in Metro, with the campaign running until October. It was created by John Ogunmuyiwa and Lyndarn Harrison at Havas, with the TVC shot by award-winning director duo Simon & Ben through Borderland.

Ivona Dimitrova, senior brand manager at Reckitt adds: “Constipation shouldn’t – and needn’t – stop you in your tracks. Fybogel uses the natural power of fibre to help restore and maintain regular digestive health, enabling a life that keeps moving – and this campaign brings that regularity and routine to life beautifully through rhythm.”