Game On: Why Marketers Should Gear Up for Gamification

Incorporating some of the design elements of video games into marketing plans can drive deeper engagement, stronger connections and measurable results 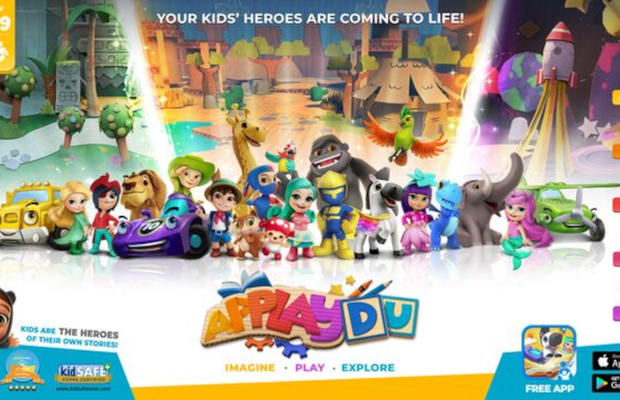 During the global lockdowns of the past 15 months, the last thing parents needed was something else to worry about, let alone more screen time. For brands making content for children, not only must they meet the standards of bodies like the Chartered Institute of Marking and the International Chamber of Commerce, they must win the trust of their audience. Italian multinational confectionary company Ferrero took this responsibility seriously when hatching Applaydu, a ‘gamified’ app to bring the tiny toys found inside its iconic Kinder Surprise to life.

“Of course, there are special concerns associated with young audiences, so it is vital that any experience we make for them is completely appropriate,” says Casey Campbell, the managing director of Gameloft, one of the world’s biggest gaming companies. Working with early childhood education experts from Oxford University, Gameloft was able to strike the right balance between safety, education and entertainment.

As Campbell explains, the app is Kid Safe Certified, has built-in parental controls, extremely light branding and no micro-transactions or in-app purchases. First and foremost, it is designated as an educational app to encourage maths skills, communication, focus and memory retention. “Getting this ‘edutainment’ balance right takes skill, but we have worked on tons of campaigns for toy brands, including with LEGO, Hasbro and Spin Master. We know how to bring products to life in a fun little digital experience,” he says.

Toys are an obvious target for gamification, which can be broadly defined as harnessing the mechanics of a video game to motivate participation and engagement with a product or service, and to drive loyalty. A market set to quadruple to $38.4 billion by 2026, according to Research and Markets, gamification, a term first used in 2002, can no longer be ignored. Driving this is the wider gaming industry, which surged during the pandemic and is now worth $300 billion with an estimated 2.7-billion players worldwide, according to consultants Accenture. Of these newest gamers, 60% are women, 30% are under 25 years old and a third identify as non-white. Looking ahead to 2023, Accenture forecasts that 400 million new people will be gaming, forever putting to bed the myth that gamers are mostly antisocial men. As Campbell says: “This stereotype could not be further from reality.”

How the psychology and neuroscience stacks up

From the simplest games of the past, like Space Invaders or Pac-Man, to the popular free-to-play games on mobile today, there’s something compelling about video games that keep users returning for more. Gartner’s Brian Burke, VP of Research & Innovation, who has written a book about how gamification makes people do extraordinary things, says the main drivers for its success are autonomy, mastery and purpose. In essence, gamification plays into the psychological makeup of humans who are:

“Gamification takes one or several of these elements – agency, challenges and rewards; progression and improvement; social recognition – and applies them to a non-gaming objective” explains Campbell. There is also some neuroscience to explain why information delivered in game form resonates so well. For example:

Storytelling is here to stay

Modern video games are well known for their blockbuster effect, and often have amazing production values and visuals, where players can become characters. However, Campbell stresses that a gamified marketing campaign does not have to be a high development, big-budget exercise. It can be as simple as a purpose-built digital experience that is fun, interactive and engaging. Storytelling plays a big part in this by connecting people, capturing their imagination and driving a deeper level of emotional connection. As Campbell explains: “The target cohort doesn’t have to passively watch an advertisement but can play a part in the story.”

1- How a toothpaste campaign made Unilever smile

Citing Gameloft’s Unilever toothpaste campaign as an example, GWI highlights in The Gaming Playbook, that “brands and agencies have cannily used games and gamification to tap into the family unit”. In this campaign, gaming Moms were the target audience. The message was a warning about how much sugar is found in hidden foods, and the need for regular brushing. The game was integrated into a popular e-commerce platform, where users could play to earn coupons for discounts on the product. When toothpaste was bought, consumers were given a code to unlock more game content, creating a cycle of engagement and rewards. Results included: • 750,000 play sessions • 48% overall lift in overall ecommerce sales • 206% lift for the ecommerce platform the game had been integrated into

Shopback, a Singaporean multinational e-commerce company specializing in cashback reward programs, was looking for ways to engage its 19 million users. With 2,500 registered merchants on the app the opportunity was clear. With Gameloft for Brands, the team created a playable mini-game starring the Shopback mascot - Happy Bag! Embedded directly in the mobile app, with a strong call to action, this simple, accessible and fun game gave shoppers a chance to play for additional rewards with measurable results.

• 99.7% engagement despite ad units that could be skipped

• Over 20 minutes spent playing Re-engagement key performance indicators are important and a successful branded mini-game can achieve replay rates of 30%. With quality, interactive engagements for 30 to 45 seconds, brands should aim to compel one in four people to immediately and voluntarily re-engage for another 30 to 45 seconds.

On track to be worth $40 million by 2027, according to Research and Markets, with compound annual growth rates of 36.2%, the healthcare gamification market is segmented into casual games, serious games, and exercise games. Falling into the ‘serious’ category is a project Gameloft worked on with Arena Pharmaceuticals to develop an educational, interactive game aimed at healthcare professionals. The aim was to show how SP1 (Sphingosine 1-phosphate) receptor modulators help to control inflammation from overactive autoimmune conditions. “It’s like a tower defense game but instead of fighting off knights and catapults you’re using the towers to control different kinds of lymphocytes as they migrate through the lymph nodes,” explains Campbell.

The gamification story should be something of a page-turner for marketers facing growing competition and demanding audiences. Today trust is at the heart of everything and customers want brands to share their values. They also want to be engaged, rewarded, entertained and educated, as well as met in their channel of choice. Since 2015 says GWI, 86% of internet users have played a game on any device. So, the opportunity for B2C and B2B marketers is clear. From animated toys to consumer goods, retail, healthcare and education, there are, says Campbell, “multiple possibilities for story-led gamification.”