Showcased at Apple’s Keynote, Heroes of the Dark is a bold strategy RPG coming to the App Store and more 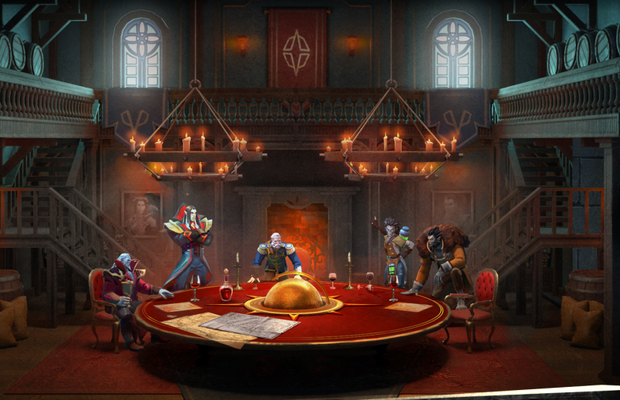 Gameloft, a leader in the creation and publishing of games, is thrilled to announce that Heroes of the Dark, a trailblazing online strategy RPG that combines AAA production values, deep and rewarding hero collecting, and a persistent world, is coming this October to iOS and other mobile platforms. Showcased at Apple’s keynote, optimized to leverage the increased performance of the A15 Bionic chip for the just announced iPhone 13, iPhone 13 mini, iPhone 13 Pro, iPhone 13 Pro Max, as well as the new iPad and iPad mini, Heroes of the Dark will immerse players into the dark fantasy World of Tenebris, where supernatural heroes and monsters must set aside their differences to confront a great evil that threatens them all.

In Heroes of the Dark, Vampires, Werewolves and Humans join forces against the twisted High Council, led by Albus, the Vampire Emperor. From their mystical Mansion, players will recruit unique heroes from each faction, power them up, dive into their backstories, and strategically assemble squads for 5v5 real-time battles. Only together can players capture the ultimate source of power, The Heart of Tenebris, and unite Humans, Vampires and Werewolves in peace.

Heroes of the Dark is free to play and will be available worldwide on the App Store and other platforms for Halloween 2021.

“It’s incredibly exciting to see Heroes of the Dark leverage the power of the brand new iPhone 13 and iPad and iPad mini,” said Damian Damianov, game manager for Heroes of the Dark. “This is a brand new IP – we’ve built the World of Tenebris from the ground up, from technology, fashion, and social structure, to the tiniest of creatures that inhabit it. I cannot wait for players worldwide to immerse themselves into the rich social dynamics of the game and fall in love with the epic hero roster. There are no tricks here, Heroes of the Dark will be this Halloween’s biggest treat!”