The eight-part series was created by Genesis’ agency of record, Innocean Worldwide Canada 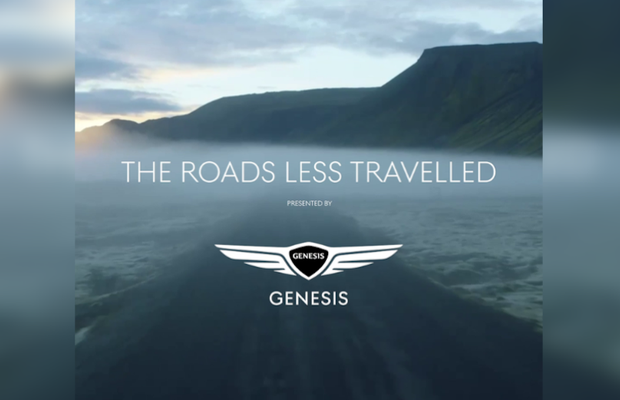 Genesis Motors Canada (Genesis) is a brand that has been forging its own path in the automotive space since its inception. From its vehicle designs to its approach to business and unique selling model of no haggle pricing, it is very much a brand that exemplifies what it means to take a different approach, or a road less travelled, to achieve great success.

To highlight what makes Genesis unique and appeal to Canadians and entrepreneurs - many of whom have had to face trying times and adapt their way of working over the past year - Genesis chose to partner with recognisable and up and coming Canadian business leaders whose paths to success have been anything but ordinary. Introducing The Roads Less Travelled, an eight-part video series created by Genesis’ advertising agency of record, Innocean Worldwide Canada. The series features intimate talks with notable Canadian opinion leaders including Ian Rosen, executive vice president of digital and strategy at Harry Rosen, Ahmed Ismail, co-founder of one of Canada’s largest growing creative incubators, HXOUSE, and Katherine Homuth founder and CEO of Sheertex to name a few. The series is co-hosted by Genesis’ director of brand, Richard Trevisan, and Bay Street Bull’s editor-in-chief, Lance Chung (in English) and Patrick Marsolais, Host of Les Dérangeants podcast (in French).

The series explores various topics of interest facing business today. Of note, the business leaders featured offer their expert insight into topics including digital innovation and the shift away from the brick and mortar way of doing business, problem-focused innovation in longstanding industries which have lacked progress, and the power that comes with taking bold risks and living life audaciously.

“As a young brand Genesis is the David up against Goliaths. To communicate the unique selling proposition (USP) of the Genesis brand we wanted to create a uniquely Canadian video series that explores how Canadian entrepreneurs are forging new paths on their road to success” said Alice Choe, social media director at Innocean Worldwide Canada. “With five English and three French episodes, Genesis’ The Roads Less Travelled series has a truly integrated guest roster of Genesis distributors, owners and key opinion leaders from different verticals such as publishing, fashion, retail and artisan distilling. All of our key opinion leaders’ stories ladder back to one of Genesis’ own brand pillars as a way to underline the brand’s USP.”

The episodes were released over several weeks between January and March on social media and are now available on Genesis Canada’s YouTube channel. A second phase of the program is expected to launch later this year.