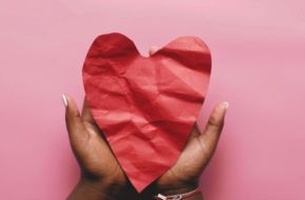 Ad 2 Dallas earned Best Public Service Advertising Campaign for their work on Genesis Women’s Shelter & Support’s 'Be Her First Step' campaign, directed and edited by Sai Selvarajan, in the annual ADMERICA! competition in Chicago, IL. Ad 2 Dallas tops the shortlist for awards honouring the best nonprofit advertising campaigns in the nation.
Ad 2 Dallas, a philanthropic and networking group for passionate young advertising professionals, announced today that it has been named as the Best Overall Public Service Campaign in the American Advertising Federation’s (AAF) annual ADMERICA! conference.
Hailed as the highest honour a city’s Ad 2 chapter can attain, the award recognises excellence for public service in advertising.
To be eligible for the award, the chapter must create a holistic advertising campaign for a local nonprofit at no cost to that nonprofit.
Judges included President/Chief Creative Officer at Douthit Design Group Dwight Douthit, Senior Art Director and Founder of Blacks in Advertising Candace Queen, Founder of We Are Next Natalie Kim, and Incoming Governor for AAF District 14 and Design Manager of the Sacramento News & Review Christopher Terrazas.
Ad 2 Dallas worked with Genesis Women’s Shelter & Support to develop the Be Her First Step campaign aimed at educating Dallas/Fort Worth on how we can be her first step away from domestic violence. The campaign, which included TV, out of home, digital ads and website content creation garnered over 56 million impressions and delivered over $690,000 in value over 5 months.
“Ad 2 Dallas has set the standard for innovation, impact and imagination in advertising,” said Suzanne La Forgia, President of AAF Dallas. “This award is a testament to the skill, ingenuity, and vision of the public service team.”
“We wanted to showcase Dallas as a hub of advertising and creativity in a way that makes a positive impact in our community,” said Jesse Barnett, Ad 2 Dallas’ Public Service Director. “We’re so honoured to have been recognised for our work.”
Ad 2 Dallas was able to donate all of this media thanks to local Dallas organisations including Bedford Advertising, Big Outdoor, Clear Channel Outdoor, XL Digital Imaging, Lucky 21, Lucky Post, Richards/Lerma and Spectrum Reach. Ad 2 Dallas’ Public Service Directors are Jesse Barnett, Michelle McCain, Chris Petrawski and McKenzie Teng.