Directed by Rei Nadal, PRETTYBIRD produced the video illustrating a bold new direction for Georgia and her aesthetic 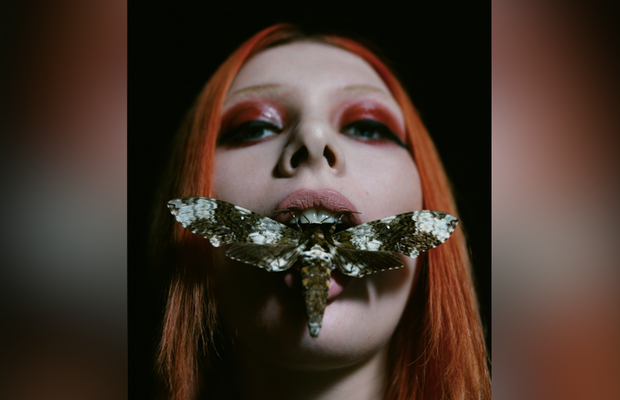 ‘Moth’ is a massive grunge anthem, accompanied by a dark, striking video directed by Rei Nadal (production company PRETTYBIRD) with creative direction from Courtney MC, and illustrates a new, bold direction for Georgia and her distinct aesthetic. “‘Moth’ is about needing space,”

Georgia explains: “You know when someone you’re dating is that bit too clingy? That’s pretty much what inspired ‘Moth’. I was in a relationship and needed some space but wasn’t getting it and so ‘Moth’ was born. It has a lot of attitude and I just wanna shout the lyrics as loud as I can.”

Rei Nadal said: “It was really fun to collaborate with Georgia as she was into the music videos I grew up with, so we had a common visual language between us. And it was also a pleasure to work with Courtney whose attention to detail really elevated the aesthetics on screen.”

Rei Nadal is a film director whose works merges genres. Rei has created fashion films for Agent Provocateur, Nicholas Kirkwood, Gentle Monster, Burberry, Off-White. She has also shot music videos for artists including Primal Scream, Mikky Ekko and Hercules and Love Affair. Courtney MC was previously a Design Director at Givenchy for nine years, working under creative directors Riccardo Tisci and Clare Waight Keller, where she ran a team of designers and print artists to create some of Givenchy’s most iconic prints and garments, and helped design stage outfits and cover art for some of the worlds biggest pop stars, including Rihanna, Beyonce, Kanye West, Jay Z, The Weeknd. Now she has set up her own studio, working directly with artists including Georgia for creative concepts and image direction.

Essex born 17-year-old Georgia Twinn made a very impressive entrance late last year with the release of her debut single ‘You Shouldn’t Have F****d With Me’ and its follow up ‘I Don’t Mind’, with support from Notion, Popjustice, The Line of Best Fit, Clash, Independent, BBC Introducing and more.

Like most teenagers, Georgia Twinn is no stranger to the internet. Unlike most, she already has a staggeringly impressive following on TikTok. Her debut single ‘On My Mind’ self released last year (with now over half a million streams) saw Georgia’s exuberant but deeply authentic online presence translate effortlessly into a swelling community of fans who are all prepped and primed for her next move. Georgia spent 2020 in the studio collaborating with a host of bluechip writers and producers including The Six, Lovesick, Lapsley and Bastian. Now armed with a unique brand of state-of-the-art-pop that’s bursting with personality, all eyes are focused on what Georgia Twinn does next.