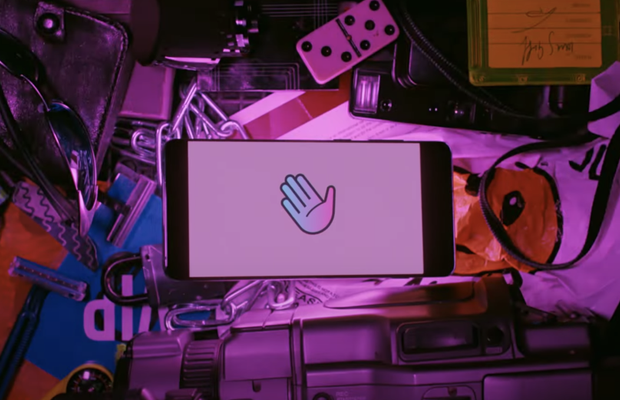 giffgaff has teamed up with Black Dog Films, director Tom Dream, and Like Minded Individuals, working with creative agency Don’t Panic, to highlight the growing problem of e-waste and to get more people to recycle or refurbish their old phones.

In their latest campaign ‘An Urgent Call’, giffgaff has released a 30 second film that shows a number of forgotten and discarded old phones starting to ring from deep inside drawers or between books on a shelf. The film culminates in a cacophony of ringtones and windows lit up in a city-scape that could be anywhere. It highlights that “this is an urgent call to let your old phones ring again” - inviting people to either trade in their old phones with giffgaff or to find their nearest recycling point.  Because getting phones back into the world is good for the planet and it’s good for your wallet.

The campaign comes after YouGov research commissioned by giffgaff revealed that 72% of the UK have no idea what e-waste. 54% of respondents feel brands should be doing more to raise awareness of e-waste compared to 68% holding the government responsible. 67% of those polled admitted to having one or more old mobile phones lying around their house and 38% say they find it difficult to donate their old phones. As a telco that does mobile differently, creating this campaign felt like a no-brainer for giffgaff.

giffgaff’s CEO, Ash Schofield said: “This year, giffgaff is making an urgent call to help get old phones back into circulation. Our research has found that the nation needs to be better educated about the issue of e-waste and why it’s important for our planet and our future. As the mobile network run by you, it’s important we equip people with the know-how to sustainably dispose of their old phones so that together we can work towards tackling the issue of e-waste.”

Martin Roker, head of Black Dog Films said: "We were delighted to collaborate on a campaign with such an important message, especially right before COP 20. We hope the creative goes someway to raising awareness of e-waste and showing people the small actions they can take for big change. "

Tracy Stokes from Like Minded Individuals added: “We loved having the opportunity to work alongside giffgaff and Black Dog Films on a project with such an important message surrounding the issue of sustainability. Now more than ever, it's so important to encourage people to think about ways of taking care of our planet and in turn taking care of our future. We hope that this film encourages people to play their part in taking a step to make a difference.”

The campaign will also run across digital and social media, OOH and Radio, as part of giffgaff’s partnership with Global. It is part of giffgaff’s ongoing commitment to the circular economy for phones and follows on from last year’s campaign by giffgaff carried out with LadBible that revealed 55m phones were sitting unused in people’s drawers.

Colourist: Alex Gregory at No.8