Editors' Choice: The Somesuch director and Grey New York rethink Gillette’s own meaning of manliness on the 30th anniversary of its 'The Best a Man Can Get' tagline 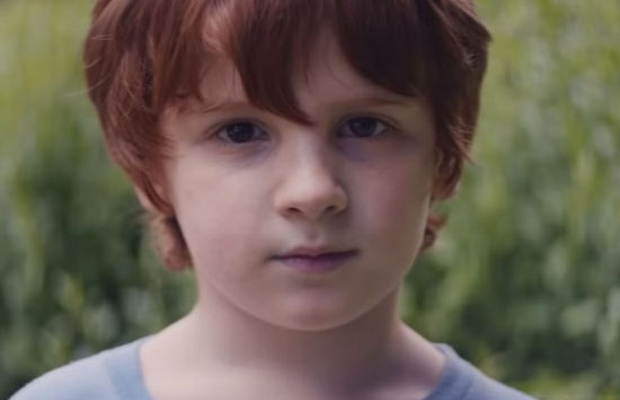 On the 30th anniversary of its famous tagline ‘The Best a Man Can Get’ Gillette is taking a fresh look at what it means to be ‘the best’. The company is introducing a new marketing campaign and charitable programme, created by Grey New York, dedicated to celebrating the stories of men who are making a positive impact and inspiring others in the process.
“Gillette believes in the best in men,” says Gary Coombe, president, P&G Global Grooming. “By holding each other accountable, eliminating excuses for bad behavior, and supporting a new generation working toward their personal ‘best,’ we can help create positive change that will matter for years to come.”
The program-leading short film, entitled We Believe and directed by Somesuch’s Kim Gehrig, begins with a compilation of actions commonly associated with ‘toxic masculinity’. More importantly, it then showcases examples of how men can take actions large and small to create meaningful change for themselves, their loved ones, their peers and set the right example for the next generation of men. Because it’s only by challenging ourselves to do more that we get closer to our best.
In addition to debuting the short film, Gillette is taking action by committing to donating $1 million per year for the next three years to non-profit organisations executing programmes in the United States designed to help men of all ages achieve their personal ‘best’. Through this commitment, Gillette wants to both deliver and inspire more:
RESPECT – Demonstrating respect and fostering inclusivity for all, including genders, races, religions and orientations.
ACCOUNTABILITY – Ending phrases like “Boys Will Be Boys” and eliminating the justification of bad behavior.
ROLE MODELING - Inspiring men to help create a new standard for boys to admire. We want boys to see and admire traits like honesty, integrity, hard work, empathy and respect – words that people across the U.S. use when describing what a great man looks like.
“In our last decade of work on the theory of masculinity in modern America, we’ve sought to understand both the internal and external forces that shape men’s attitudes, beliefs and actions,” said Drs. William Seymour, Ramel Smith, and Hector Torres of the Building a Better Man Project. “We’re honoured to partner with Gillette as they seek to champion causes that can make a positive impact on men and boys.”
Gillette’s first partner in this effort is The Boys & Girls Clubs of America. Positive experiences at Boys & Girls Clubs provides young men with the important social and emotional skills they need to communicate effectively, to work with others, and develop coping mechanisms in order to face challenging situations. These skills are critical in everyday life and to the success of young people. With more than 4,300 Clubs across the country, Boys & Girls Clubs’ singular mission is to ensure that youth in America have the opportunities that set them up for success so that they graduate on-time with a plan for their futures, where they live healthy lifestyles and give back to their communities.
“As the world’s largest marketer to men, we knew that joining the dialogue on ‘Modern Manhood’ would mean changing how we think about and portray men at every turn,” added P&G’s Gary Coombe. “As a starting point, and effective immediately, Gillette will review all public-facing content against a set of defined standards meant to ensure we fully reflect the ideals of Respect, Accountability and Role Modeling in the ads we run, the images we publish to social media, the words we choose, and more. For us, the decision to publicly assert our beliefs while celebrating men who are doing things right was an easy choice that makes a difference.”

In preparation for this initiative, Gillette conducted a national study of U.S. men and women to understand how they would define the attributes of a man “at his best.” The results emphasise the outsized importance of ‘soft’ skills in today’s modern man – and most particularly the application of those skills to the role of fatherhood.
- The four traits that define a ‘great man’ for the majority of respondents, regardless of gender, are:
- Men and women universally agree that being a good father is one of the most important things a great man does (95%). Other positive actions for ‘great men’ include:
As Gillette and its partners work together in the development of national programs that will inspire positive actions in men everywhere, they encourage you to visit to TheBestMenCanBe.org and @Gillette social channels for information on getting involved, and to share your stories.