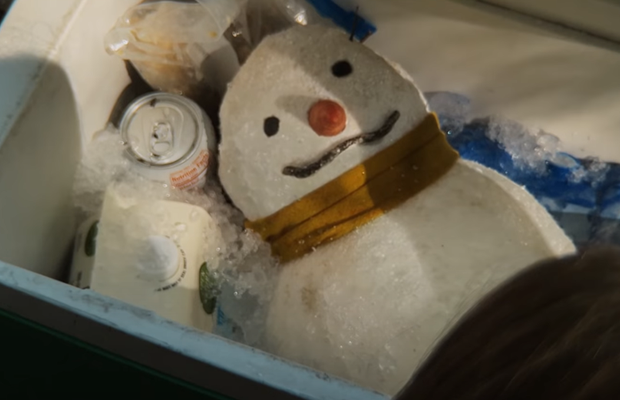 TBWA\Media Arts Lab and Apple are making this year’s Christmas season cinematic through a stirring spot shot entirely on the iPhone 13 Pro.

Oscar-nominated directors Jason and Ivan Reitman highlight some of the newest features on iPhone 13 Pro - Macro and Cinematic modes - in a charming holiday card to the world.

Featuring the song 'You and I' by Valerie June, the story follows a girl who desperately tries to preserve the magic of the holidays all year. When her snowman begins to melt outside at the turn of the season, she stows him in her family’s freezer to protect him from the changing weather, periodically checking on him through the year. Winter finally comes around again, and her family helps her bring what is left of the snowman outside.

The latest addition to Apple’s Shot on iPhone, 'Saving Simon' shows why iPhone 13 Pro is the perfect tool to capture and preserve beautiful moments of connection, joy and family during the holiday season and beyond.

A 60-second version of the commercial will run on broadcast and online TV, with a longer form film on YouTube and 15-second and 6-second feature-specific shorts running on digital and social.

Jason Reitman, director, comments: “This is the greatest moment of all time to want to be a filmmaker. If you want to write stories, you pick up a pencil. If you want to write songs, you pick up a guitar. And if you want to make movies now you can just pick up an iPhone. This storytelling device is just sitting there in your pocket. It gives us a chance to tell stories no matter where you grow up and allows everyone to see stories from other cultures which brings us all closer. The idea that you can just pick up your phone and start filmmaking is one that thrills me.”

“It was so impossible just to do sync sound when I was doing the opening films. It’s a lot of fun today. You could really try anything and do something that’s really professional with the iPhone," said Ivan Reitman, director.

James Whitaker, ASC, director of photography, comments: “The cinematic mode is an excellent tool for racking focus from one character to another, focus our thought and helps us tell stories."

Music: Valerie June “You and I”