Grand Marnier's Genre-blending Beatboxer Will Have You Spitting Along 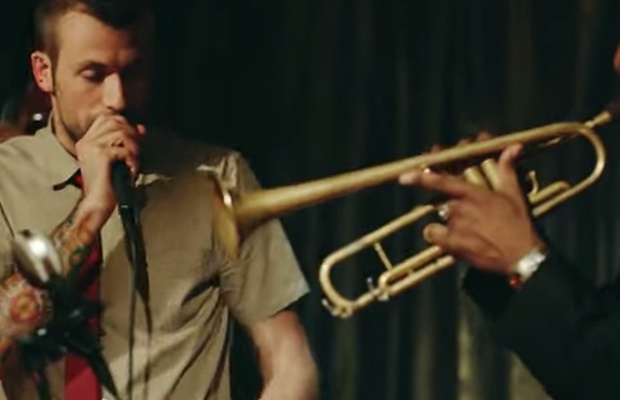 The House of Marnier Lapostolle launched today a one-of-a-kind campaign for its iconic brand Grand Marnier.  The advertising running in the US will be 100% digital, a first for the company.

The campaign launched under the new tagline: Blend Out.  The act of blending elements together to form unique creations is the essence of Grand Marnier.  Louis Alexandre Marnier Lapostolle, in creating Grand Marnier, a blend of Cognac and Orange, gave birth to the original flavored brown spirit in 1880.

“We have always been about transformation through blending”, says R. Scott Green, House of Marnier Lapostolle’s SVP Sales & Marketing. “And, we believe the idea of blending – as expressed though our new campaign – is a potent motivator for the millennial generation.”

To tell their unique Blend Out story, Grand Marnier created a short film and accompanying digital assets about a beatboxer that has a transformative evening.  The night takes a serendipitous turn when he teams up with other musicians from disparate genres and creates a new sound.

The 99-second film lives on grandmarnier.com and will be accompanied by other video content pieces as the campaign unfolds over the coming weeks. Notable elements include a SoundCloud promotion in collaboration with world renowned DJ A-Trak, where users will be asked to re-mix the original music from the campaign. Blend Out messaging will also be seen in music videos on VEVO, a Universal Music Group property, through newly created branded integration technology.

“It’s not often you get to be involved in re-thinking and re-launching an iconic brand,” says Don Saynor, the campaign’s Creative Director at JWT Canada. “Grand Marnier is one of those. It’s a famous brand with great history, quality and authenticity. While still held in very high esteem, its modern day challenge is millennial velocity.  Our job was to create reappraisal with this audience and the solution was Blend Out.”