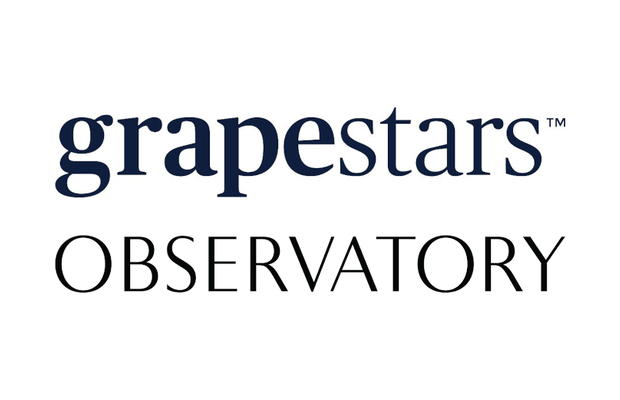 Celebrity-created alcohol brands have rocketed in popularity over the last five years, driven by a millennial audience with a taste for the VIP status those brands afford. GrapeStars Entertainment, a new joint content venture from celebrity alcohol marketplace GrapeStars International Inc., and Los Angeles creative agency Observatory, aims to deepen consumer affinities to the innovative retail platform.
GrapeStars is a direct-to-consumer e-commerce platform for celebrity wine and spirit brands that connects customers across 45 states with 200-plus celebrity-owned and endorsed alcohol brands such as Ryan Reynolds’ Aviation Gin, Metallica’s Blackened American Whiskey, David Beckham’s HAIG Club Whiskey, Mila Kunis’ Jim Beam Bourbon, and many more. These celebrity creators are already lending their personality to market these brands, but GrapeStars Entertainment will accelerate content creation as a lifestyle brand-focused entertainment studio.
GrapeStars Entertainment is a film, television and entertainment studio dedicated to creating content highlighting the GrapeStars brand, celebrity partners and their products. Through this collaboration, Observatory will work with the GrapeStars team to create entertainment programming centred on celebrity alcohol brands.
“In a content-driven consumer landscape, it’s no longer enough to just create a great product,” said Marco Fantinel, CEO of Fantinel Winery, who recently announced the launch of Sun Goddess Wines - an exclusive collection of limited-edition wines created in collaboration with Grammy award-winning, Oscar nominated singer, songwriter, actress, producer, and philanthropist, Mary J. Blige, and the internationally prestigious winery. “GrapeStars recognises this, and, through the launch of GrapeStars Entertainment, is elevating the business to meet consumer demand for engaging, celebrity-centred content and is ultimately providing greater value to fans, celebrities and their alcohol brands.”
The alcohol marketplace sought out Observatory, the full-service agency partner, because of the content expertise it honed as part of Creative Artists Agency (CAA) marketing. “We’re thrilled to take GrapeStars International to the next level and leverage unique celebrity lifestyle content that consumers crave to strengthen brand affinities and further bridge the gap between celebrities and fans,” commented Jean-Jean Pelletier, founder, president and CEO of GrapeStars International. “With strong Hollywood connections and an understanding of what makes for engaging, results-driven content, Observatory is the perfect partner to help launch GrapeStars Entertainment.”
The combination of celebrity-driven content and dynamic alcohol brands drew Observatory to the venture. “GrapeStars Entertainment is a brilliantly simple concept, perfect for this moment. Celebrity brands are the single biggest driver of growth in the spirits industry,” added Observatory CEO, Jae Goodman. “So when Jean-Jean approached us about the idea of GrapeStars Entertainment, it was a relatively short conversation which involved Observatory saying the word YES.”
Observatory will handle the ideation, creation and distribution of all forms of content (which may include, but not limited to, feature films, unscripted series, and scripted series, among others). That content will be distributed on the GrapeStars app and across various entertainment platforms.
Known for its decade-plus work with global mega-brands, like AB InBev, Chipotle, Coca-Cola, Budweiser’s Global Halloween platform and the most successful campaign for Corona Mexico in its 100-year history, the agency has recently expanded its offering and expertise to include next-generation digital businesses like Bonobos, Kajabi, Masterclass and now GrapeStars Entertainment.
Brendan Shields-Shimizu, Observatory managing director, concluded: "Thanks to almost a decade of representing the Diageo portfolio to the entertainment community when we were CAA Marketing, Observatory has a depth of experience and relationships that we’re thrilled to put to work on behalf of GrapeStars Entertainment."
To learn more about GrapeStars Entertainment and the Observatory partnership, tune into The GrapeStars Podcast episode with Jae Goodman.
The GrapeStars app is available for every iOS or Android device. Once installed, users make a profile and can browse their favourite celebrity brands to be delivered straight to their door.