The award-winning director joins for representation in the USA, UK and Asia 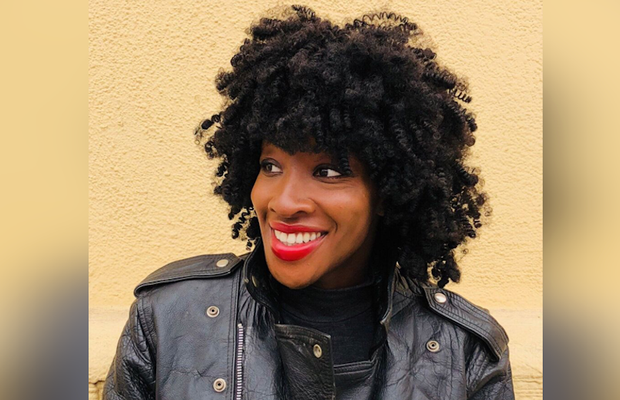 Born in London to Ghanaian immigrants, Meena’s passion for creativity and filmmaking was evident from an early age. Alongside a love of drawing and painting, Meena spent her youth making short films in iMovie. Inspired by the likes of Spike Jonze, Jonathan Glazer, and Chris Cunningham, she would take any opportunity to immerse herself in the world of cinema.

After graduating with a degree in Fine Art from world-renowned art and design college Central Saint Martins, Meena made a name for herself in the industry as a 3D VFX artist and motion graphic designer. After working for some of the biggest agencies and brands in the industry – including Grey, Droga5, Saatchi & Saatchi, Nike, and Amazon – she then made the move into directing.

Above: Mama - Meena's harrowing short film made in response to the Black Lives Matter movement in the US and beyond

Known for crafting stories that offer alternative perspectives on life, Meena’s work often gives a voice to those who are typically unheard, exploring subjects that include race, mental health, and the portrayal of black women on screen. Her two short films – ‘Flint’ (2015) and ‘Home’ (2017) – have won a combination of 14 awards and been screened across the UK and Europe. She has also judged for Cannes Euro Best 2019 and the D&AD Awards 2020.

Most recently, Meena launched a harrowing short film entitled ‘Mama’. Created during lockdown, the short is a response to the Black Lives Matter movement in the US and beyond, featuring a powerful monologue from US State Senator Stephanie Flowers over shocking footage of police brutality. Alongside this, she has also debuted a trailer for ‘Black Creative: Race in the Advertising Industry’, her upcoming documentary film that features a collective of black voices revealing their experiences of working in a predominantly white industry.

Above: Trailer for Black Creative: Race and the Advertising Industry

Meena Atittey comments: “I have always been a dreamer. Through filmmaking I have been able to express my views on subjects close to my heart including race, mental health, and the struggle for justice and equality. As an art form, film has the ability to make a difference in the world and this is where my passion lies. Working with the fantastic team at Great Guns will enable me to develop as an artist and I am beyond excited for what lies ahead!”

Oliver Fuselier, MD and EP of Great Guns USA, adds: “Meena has such a fresh voice that, through her films, conveys a deep understanding of how to tell a truthful and honest story of subjects that are important to her. She has a strong sense of who she is as a director and what she wants to say. I am thrilled to represent such a young talent at the beginning of her career at Great Guns USA.”