'Bend It Like Beckham' and 'Angus, Thongs and Perfect Snogging' director joins for for advertising representation 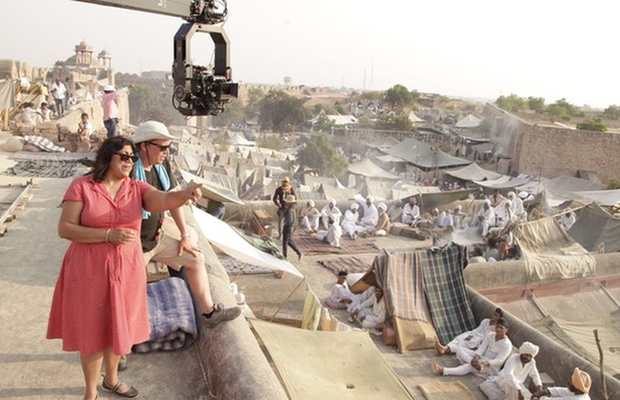 Snapper Films has signed filmmaking legend Gurinder Chadha OBE. Gurinder is renowned for feature films such as 'Bend It like Beckham', 'Viceroy's House' and 'Blinded by the Light'.

At the age of five, Gurinder aspired to be a lorry driver. She longed for the freedom of the open road, the endless possibilities of the expanse, the mystery and the immense independence that came with walking into a service station and buying whatever she possibly wanted.

Gurinder has never been afraid of the unknown; she has actively craved it, chased it; fearlessly venturing into filmmaking with a clear and urgent mission. A mission to tell diverse stories with vigour and lashings of humour; stories that would come to subvert the status quo, champion previously-unheard voices, and open both hearts and minds… stories that would inspire a generation to believe in a more inclusive Britain. She said: "I wanted to make films that would appeal to as many people as possible to create change and I was completely and utterly motivated by racism and prejudice."

Her journey has taken her down a slightly different road to the one envisioned by the intrepid five-year-old. It has led her instead down the red carpet after receiving a Bafta Nomination for her first Feature, the timeless "Bhaji On The Beach". Despite her immense success in Hollywood, Gurinder has always stayed true to her community, she held her first premiere of "I'm British But…" at the Southall Community Centre.

Gurinder has used her power as a visual storyteller to shift society, mirror the duality of humanity, the good, the bad, and all that lies in between, encouraging us to be and do better.

She says: "All my films are about kind of being seen to be one thing when you’re actually something else, and the power of the female spirit to make things work your way on your terms. Which is what I do."

Her seminal film 'Bend It Like Beckham' achieved global distribution, including North Korea, on an unprecedented scale and took an incredible $76.6 million at the box office. The Film has received a BAFTA nomination for Best British Film, a Golden Globe nomination for best picture, a European Academy nomination for best picture and a Writer's Guild of America nomination for Best Original Screenplay. "Angus Thongs and Perfect Snogging" shaped a vernacular that was used nationwide by the awkward tweens who had not yet become "Boy Lingual". "Bride and Prejudice" gave Jane Austen a modern, post-colonial makeover that put Indian women front and centre. More recently, her epic feature "Viceroy's House" tackled Partition's immensely complex historical event with nuance, compassion and dynamism. Her most recent Film, "Blinded by The Light", received critical acclaim as a feel-good classic that does not shy away from issues of race and identity politics but explores the power of music as a force of connectivity. In particular, the Film shows how 'The Boss' (Bruce Springsteen), like Gurinder herself, has a knack for speaking universally, across all cultures, straight to the heart of humanity. Currently after a very productive lockdown Gurinder has an interesting and typically arresting collection of projects with four different Hollywood studios.

Gurinder Chadha is a trailblazing pioneer whose fierce feminist vision and intoxicating energy have been pivotal in driving change in the film industry. She is now seeking to bring this unfaltering creative dynamism into commercial storytelling. Gurinder lands the emotional beats of any story with impeccable nuance, delivering life-affirming performances, innovative visuals and electrifying choreography, often switching from scale to intimacy in a heartbeat. She has an instinct for the truth that arises from a profound understanding of her audience, a capability that no doubt will be crucial in advertising, where humour and truth are powerful tools.Now Gurinder is ready to bring her imaginative and honest lens to tell commercial stories that will resonate with every single one of us, propelling us into a more compassionate future.

Helen Hadfield co-founder of Snapper Films, comments: "Thrilled is an understatement, Gurinder has inspired a whole generation of girls to believe that they can do anything like her, including Bend it like Beckham. As advertising recognises the need to bring in fresh voices, Gurinder's decision to bring her talent into advertising could not be better timed. She is a woman on a mission to make an advertising script sing. A meticulous approach combined with an unrivalled ability to flawlessly bring a story to life and an uncanny instinct to reach a huge audience are Gurinder's hallmarks.

"We are looking forward to it very much. Indeed, the stars are aligned. "