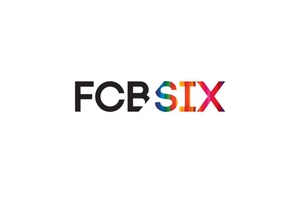 FCB/SIX has much to celebrate on its third birthday: it was recently named Ad Age 2019 Data & Analytics Agency of the Year; has experienced tremendous growth (200% growth in three years); added 37 new hires in the last few months; and has received some of the most coveted awards for creativity and effectiveness, including Cannes Gold Lions in Creative Data, Mobile and Design.
All this has been achieved with a talent blend of “data geek and creative chic” that bolsters the agency’s specialised expertise and drives connectivity in a rapidly evolving marketing ecosystem. Given its creative pipeline and growth trajectory, the agency sees plenty more upside ahead.
The agency attributes its success to unwavering commitment to its vision. “At the core of our vision is a belief in the individual – and the power of enabling brands to connect strategically, technologically and creatively with individuals,” says Andrea Cook, president.
The agency is also doubling down on health sector which represents a large share of the growth, with expanding mandates among existing clients such as Johnson & Johnson Vision – from professional CRM AOR in late 2017 to Global Professional AOR earlier this year; as well as new brands such as Tylenol, Motrin, Listerine and Neutrogena. “We’ve placed big bets on health and pharma which has traditionally been slower to enter the digital and data spaces. The category simply hasn’t had the same urgency to integrate or consider CX and increased connectivity in its ecosystems. The need for scale and efficiency is changing the game,” says Andrea.
In a bold and provocative follow-up to its acclaimed Destination Pride work for PFLAG, FCB/SIX also recently partnered with Black & Abroad, an American travel brand serving members of the Black community. Together, they created 'Go Back To Africa' ­– a pan-African tourism campaign that turns a racial slur into an uplifting call to action. The campaign hijacks hateful uses of the phrase “Go Back To Africa” as they happen on Twitter, redacts the racist context, then uses them as headlines for hyper-targeted ads for each of Africa’s 54 countries. The campaign also addresses a lack of representation in commercial travel imagery through the innovative use of AI, algorithms, social media and programmatic banner ads.
“This work is a true reflection of the diversity of this agency and its ability to collaborate, through different perspectives,” says Ian Mackenzie, executive creative director. Specifically, the agency makeup is 68% female, 32% male, with a 50/50 split in its creative department, and is 43 percent multicultural.
In another diversity-driven collaboration, the agency, in collaboration with FCB West, has announced a partnership with the ‘MeToo’ Movement, a global organisation led by Tarana Burke to help survivors of sexual violence find pathways to healing. Collectively, they will be working on various project engagements, including a new digital platform and a new campaign to celebrate the movement’s second anniversary.
The agency continues to break ground in new categories – awarded agency of record for recreational cannabis grower High Park Inc. (an affiliate of Tilray Pharmaceutical) across various brands. Its mandates on existing clients such as, eBay Classifieds Group also continues to expand into new realms including CRM and performance marketing.  There’s a fundamental shift happening in the industry. “We’re seeing the traditional model of brand as the entry point flipping on its head, with digital and 1:1 paving the direction for how brands live and behave. Our unique approach is inherently built on the foundation of individualisation and we’re seeing this translate into massive success for our clients. It’s an exciting space that we’re helping pioneer,” says Andrea.