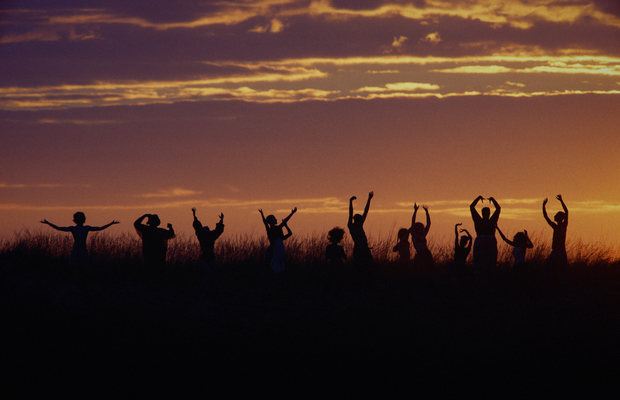 In celebration of Covid restrictions finally being lifted in France, dance music label Monstart invited six artists to contribute on a collaborative track where rebirth, euphoria and a palpable saturation of the senses are prevalent, with a music video directed by Ludovic Gontrand through international production company HAMLET Paris.

The film captures the essence of how electronic music makes a person feel, both physically and mentally. We experience a contagious, almost pagan ritual with a powerful and overwhelming sound. A form of utopia, born out of a time where dancing together in unison becomes a form of salvation.

Ludovic also added a touch of anarchy to the opening scene where we see a kiss between a dancer and an anti-riot police officer. This is a nod to a number of violent incidents towards club goers by the police force.

Ludovic Gontrand commented: “Our main goal in prep was to offer to the dancers the most playful and flawless experiences on set. The closest we can get to a Rave party or a Club atmosphere ; for example we had a DJ and a real rave soundsystem on set so they can dance 7 hours straight and start to feel a state of trance.”

Togetherness Harmony was created by asking each artist to bring together a 30 second music section Each producer was inspired by the last 10 seconds of the previous section to create their own 30 second animated by a specific emotion of six identified phases: awakening, awareness, euphoria, trance, ecstasy and release.

The artists who collaborated on the track are Blackhouse (FR), Gipsyan (FR), NT89 (IT), Ouanounou (FR), Pellusje (IT) and Ultraviolet (NZ)).

Behind the Work: A Trio of Belgian Radio Ads Full of Tongues, Saliva and Arm Hair