Campaign created by Havas London and supported by a number of Havas UK agencies, including Cake, Havas Media and HKX Productions 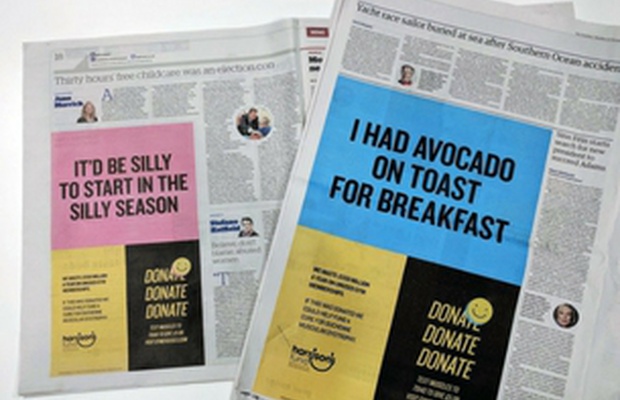 The UK wastes a staggering £558m on unused gym memberships every year, with good intentions quickly replaced by bad excuses.
Havas’ new campaign for Duchenne Muscular Dystrophy charity Harrison’s Fund urges people to put that money to better use: rather than wasting it on muscles, help fund a cure for the muscle wasting disease instead.
A Duchenne diagnosis is terminal. For now. It is the most common fatal genetic disorder to affect children around the world.
Sufferers cannot produce dystrophin, a protein needed to build muscles. As a result, every muscle in the body deteriorates, often leading to respiratory failure, heart failure, and other devastating orthopaedic complications. And death; usually by a child’s late teens or early twenties. Most are in a wheelchair by age 12.
There is no cure. However, over the past few years, scientists have made great strides in gene therapy and molecular medicine, and for the first time we may be on the cusp of a major breakthrough. Harrison’s Fund aims to help fund this cure – not just care. The charity was established by Alex and Donna Smith, parents to Harrison. Harrison is 11 years old, and has Duchenne. He also stars in this new TV ad. 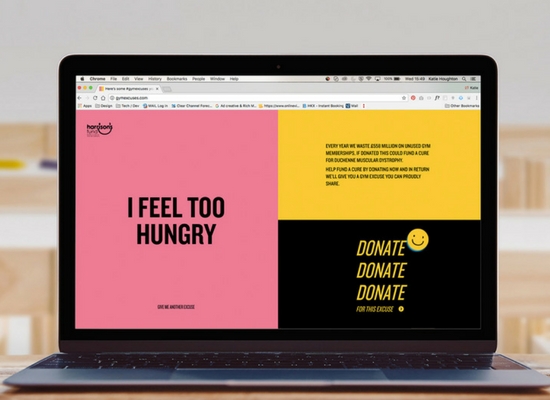 The #GymExcuses campaign aims to raise awareness of Duchenne – a disease that most people haven’t heard of – and to raise funds toward finding a cure. It plays on the plethora of excuses people use to get out of going to the gym, and challenges people to get a better excuse – by donating their money to Harrison’s Fund instead.
Sister agency Cake has supported with the publicity around this by seeding #gymexcuses with well-known celebrity fitness fanatics and influencers – showing we can all take a day off for a good cause. Alongside this, they partnered with Ginger Comms to reveal the state of the nation’s health; including how nearly two thirds (65 percent) of us admit to taking it for granted. 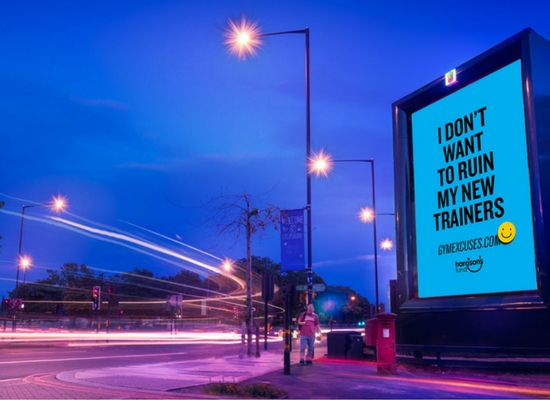 The campaign breaks across the UK this week and spans TV (including ITV, Channel 4 and Sky), VoD, out of home, digital, national press, social, PR and influencer outreach and a microsite, where people can view common excuses and donate to get a better one for themselves.
The pro bono campaign was created by Havas London and supported by a number of Havas UK agencies, including Cake, Havas Media and HKX Productions. It was created entirely within Havas’ UK Village in Kings Cross.
Harrison’s Fund Founder Alex Smith says: “I wish this campaign didn’t exist. Devastatingly, it has to – but with the help of some of the six million plus people who will see it, we will beat this disease. On behalf of everyone whose lives have been affected by Duchenne, thanks to Havas for their continued efforts helping us to achieve that.”
Xavier Rees, CEO, Havas London, adds: “This has been a real team effort, and represents the collaboration between Havas agencies at its best. No egos, no politics – just 20 people from across four agencies working together for a great cause. Together, we’re committed to doing whatever we can to help those with Duchenne find a cure.”