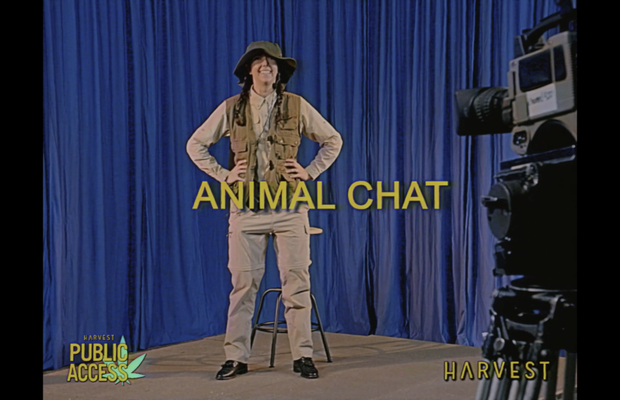 ​With growing legalization across the U.S. (to date, 27 states have decriminalized weed including New York and New Mexico most recently)—Harvest House of Cannabis, a dispensary out of Arizona, wants to give cannabis users something to celebrate.​

'Public Access' is a play on decriminalization in that the public has access to legal cannabis. It airs nationally on social and online, and even includes a hypothetical public access station, aptly 420 on your dial, which gives Harvest a platform to share short and long-form comedy sketches. The premise is an easy “get” for consumers, and it drops viewers into an absurd world packed with 90s-style gags—and even the poor production quality.

Harvest Public Access (Channel 420) is being used across digital, OOH and retail doors across six states (CA, PA, MD, FL, AZ, and CO). space150’s creative teams built out a full day of '90s public access television-inspired programming that will be broadcast on Harvest social channels and in stores nationwide, including an actual live telephone number to call in live for a chance to be featured in. The campaign also brought in creative support from Harvest brand vendors such as Wana Brands and Absolute Extracts, who helped create additional content that will be interspersed throughout the day of programming, as commercials within the Channel 420 day of programming.

Let’s Get Pixelated (an informative digital art instructional segment that teach viewers how to make some really incredible art using the latest technology):

Animal Chat (an intimate conversation between animal-loving Beth and her animal companions a sloth and a parrot):

Creativity Squared: Deep Diving into the Idea with John Stapleton