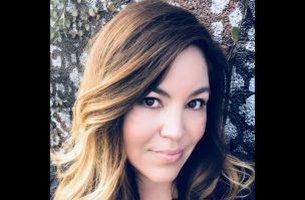 Havoc Content, the production company founded by veteran EP and producer Ed Rivero, has named Leslie Harro as its new executive producer. Harro, most recently at Double Wide Media, joins as a partner and brings with her a quintet of directors who add depth to the Havoc Content talent roster.

Harro has a lengthy resume that includes working in commercials and features, with stints on both the production company and agency sides of the business. In addition to freelancing prior to joining Double Wide, she’s also held producer or EP positions with Backyard, Big Block, Paydirt Pictures and Plum Productions; spent a year in the production department at Doner’s L.A. office; and worked with Sony on a number of TV series.

Since coming aboard she’s executive produced projects for Five Star Notebooks out of digital agency Epsilon and a spot for Denver Health out of the Amelie Agency. Havoc also produced a series of web videos for the National Football League.

“Joining Ed Rivero at Havoc is an exciting opportunity,” Harro says. “I feel like this is a blank canvas, and we can make it as great for our clients and directors as we want. I’ve known Ed for quite a few years, and he’s the type of guy who shares his success and knowledge with the people around him. His energy is infectious, and I strive to keep that positivity in my work and life at all times.”

“Leslie brings a fresh perspective to Havoc and a genuinely youthful energy,” says Rivero about his new partner. “That said, she’s been in the business long enough to have built up some great experience and insight, and she’s fully prepared to be an effective leader and manager. I’m thrilled she’s joined us and looking forward to seeing what she’ll be able to do with all the great directorial talents we have at our disposal.”

Prior to joining Havoc Cvetko was with Double Wide. Travis joins from the in-house marketing and production arm of the NFL, and is also represented in Italy by Indiana Productions. Azima joins from Vayner Media; prior to that he was with Vice Media, and has also been on the roster at Double Wide and Paydirt. Perkins is launching his career as a commercial director with Havoc, coming over from the agency side, most recently at North in Portland, where he was ECD. And Lima is an experienced South American talent whose work spans a range of techniques and categories; he’s on the roster at Havoc’s sister company, Cortez Brothers, as well as at Sao Paulo’s Sentimental Filme.

In some respects, the directors Havoc just signed reflect the company’s founding ethos: Rivero established the shop so he could pair the right kinds of filmmakers with agencies and brands to handle almost any kind of project, budget-challenged or otherwise. It also allows him to expand beyond the Hispanic agency speciality of his already-established production house, Cortez Brothers. A third Rivero company, The Foundry, was set up to address marketers’ digital content needs for work produced on the lower end of the budget scale.

“We’re in interesting times socially and financially in this business, and clients and agencies are asking us to work smarter when it comes to social content,” says Harro. “For example, at The Foundry, Ed offers a group of talented young directors who shoot and edit their own work. They’re capable of producing lower-budget content but still delivering the kinds of production values that clients demand.”

Harro sees Havoc as working on more traditional broadcast assignments, “but our directors understand the times we’re in and the parameters we’re working under right now,” she notes. “What helps is that beyond our experience, we have a very multicultural roster, which I love. It gives us different perspectives and backgrounds to offer our, which puts us in a unique position.

Cvetko has been hailed for her cinematography on high-end documentaries, including the Oscar winner 'Inside Job' and the Oscar-nominated 'Facing Fear', as well as the narrative features '(Untitled)', starring Adam Goldberg, and 'The Architect', starring Parker Posey. As a director she just finished shooting her first dramatic feature, 'Foreign Exchange', set to be released next year. Her first short film, 'No War', won the Grand Prix du Public in Films de Femmes, and her most recent short documentary, 'Yours Sincerely, Lois Weber', won Best Documentary at the LA Shorts Festival.

A native of Northern California, Travis began his career directing action sports films across the globe and has worked with everything from small documentary teams to big-budget commercial crews. A complete filmmaker, he’s involved in every aspect of the creative process from conception through final delivery, overseeing most of his projects through final colour correction and mix. He’s lent his visually-driven approach to work for brands like Audi, Fiat, Gatorade, Under Armour and Gillette, as well as the Italian motorcycle maker MV Agusta and the apparel brands Deus Ex Machina and Urban Decay.

Azima made his directorial debut at Sundance with his short film, 'Trapped In Freedom'. After a stint shooting music videos for artists like Interpol, Cold War Kids, Chromeo and Lenka – as well directing a season of 'The Business of Life' for Vice Media – he entered the commercial world shooting ads for GE, Chase, Johnnie Walker, Olay, the Ad Council and many others. He’s spent the past two years as an in-house director at Vayner Media in New York.

Perkins’ brings an extensive creative resume to his work as a director, having created ads for such brands as VW, New Balance, Volvo, Columbia Sportswear, Project RED, Cadillac, Puma and Clif Bar while at North and, before, that, Arnold Worldwide and Modernista! An art director by background, he brings an intimate understanding of both the agency environment as well as a deeper understanding of client concerns to his work as a filmmaker.

Lima is a Brazilian filmmaker, writer and illustrator based in São Paulo. Drawn to filmmaking while in college, he moved to New York to study at The New School at Par-sons, where he began to work with independent film crews. Back home in Brazil he began directing commercials and music videos, and has shot for such brands as Coca-Cola, Peugeot, Hyundai, Samsung, Netflix and Honda, among many others. In 2017 he joined the prestigious Brazilian company Sentimental Filme, and signed with Cortez Brothers in the US for Hispanic representation earlier this year.

Harro says that the entire Havoc team is well-versed to meet the changing demands of agencies and clients. “We’re bidding for social and broadcast now, and the deliverables more often include :15s and six-second lifts for multiple platforms. We’re not just shooting a single spot anymore, and the budgets aren’t getting bigger even though list of the deliverables is. Producers and directors have no option but to be flexible and more creative if we want to stay relevant. We have a team of people who truly under-stand this, and are very excited to be partnering with our clients.”